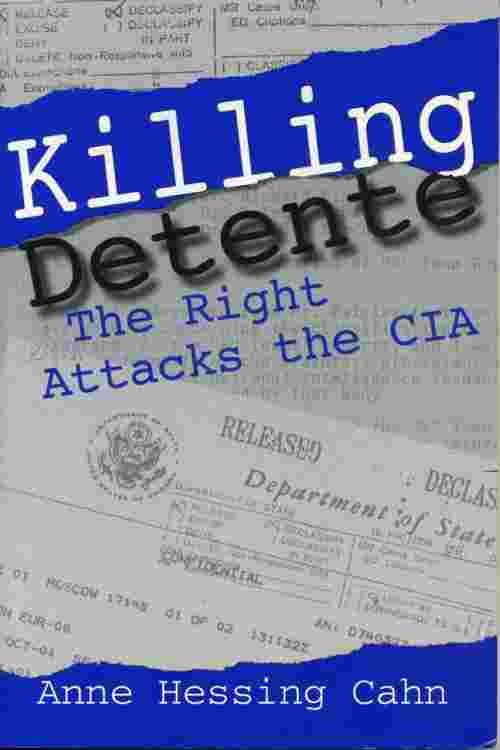 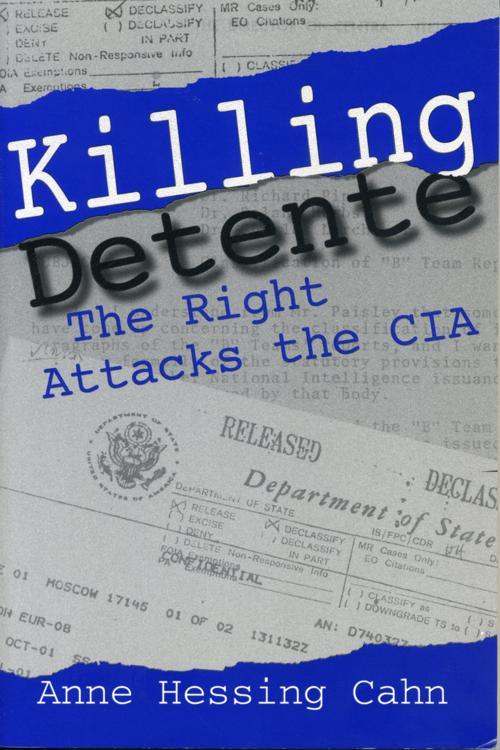 Killing Detente tells the story of a major episode of intelligence intervention in politics in the mid-1970s that led to the derailing of detente between the Soviet Union and the United States and to the resurgence of the Cold War in the following decade. Although the basic outlines of the story are already known, Anne Cahn succeeded in getting many previously declassified documents released and uses these, supplemented by seventy interviews with principal players, to add much greater depth and detail to our understanding of this troubling event in U. S. history.

In the mid-1970s a very controversial intelligence estimate was performed by people outside the government. They were given access to our most secret files and leaked their report to the press when Jimmy Carter was elected president. This study, which became known as "The Team B Report," became the intellectual forbearer of the "window of vulnerability" and led to the demise of detente between the Soviet Union and the United States. Team B was the fundamental turning point in renewing the Cold War in the 1980s. The debate over the leaked report moved the center of arms control policy strongly to the right from where it had been during the years of detente. Team B presaged the triumph of Ronald Reagan and a military buildup on a scale unprecedented in peacetime that left present and future generations with the most crippling debt in our nation’s history. This book is about attempts to destroy improved relations between the United States and the Soviet Union in the 1970s. Those opposed to the easing of tensions between the two countries used every means available, including accusing the Central Intelligence Agency of understating the threat posed by the Soviets. Charging the CIA this way seems preposterous now.