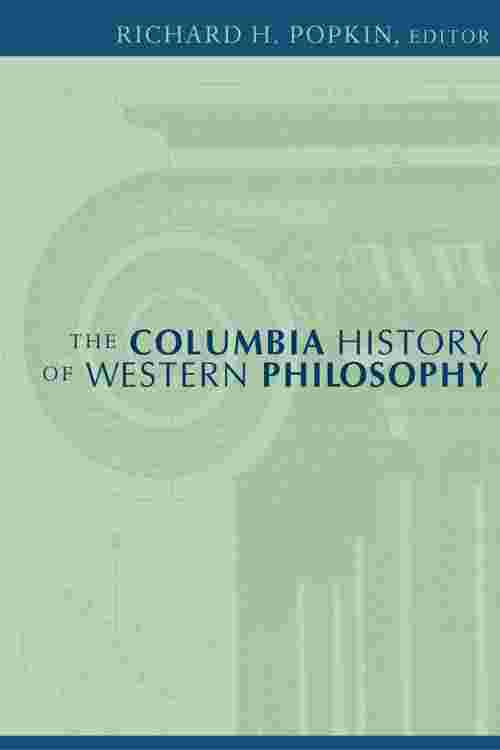 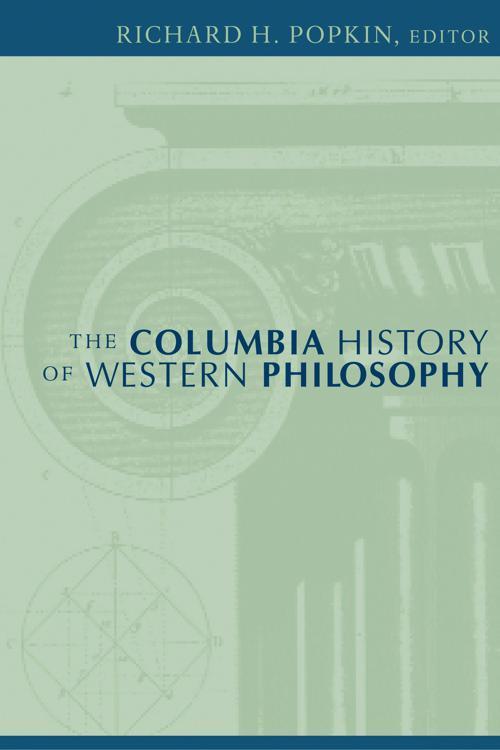 Richard Popkin has assembled 63 leading scholars to forge a highly approachable chronological account of the development of Western philosophical traditions. From Plato to Wittgenstein and from Aquinas to Heidegger, this volume provides lively, in-depth, and up-to-date historical analysis of all the key figures, schools, and movements of Western philosophy.

The Columbia History significantly broadens the scope of Western philosophy to reveal the influence of Middle Eastern and Asian thought, the vital contributions of Jewish and Islamic philosophers, and the role of women within the tradition. Along with a wealth of new scholarship, recently discovered works in 17th- and 18th-century philosophy are considered, such as previously unpublished works by Locke that inspire a new assessment of the evolution of his ideas. Popkin also emphasizes schools and developments that have traditionally been overlooked. Sections on Aristotle and Plato are followed by a detailed presentation on Hellenic philosophy and its influence on the modern developments of materialism and scepticism. A chapter has been dedicated to Jewish and Moslem philosophical development during the Middle Ages, focusing on the critical role of figures such as Averroës and Moses Maimonides in introducing Christian thinkers to classical philosophy. Another chapter considers Renaissance philosophy and its seminal influence on the development of modern humanism and science.

Turning to the modern era, contributors consider the importance of the Kaballah to Spinoza, Leibniz, and Newton and the influence of popular philosophers like Moses Mendelssohn upon the work of Kant. This volume gives equal attention to both sides of the current rift in philosophy between continental and analytic schools, charting the development of each right up to the end of the 20th century.

Each chapter includes an introductory essay, and Popkin provides notes that draw connections among the separate articles. The rich bibliographic information and the indexes of names and terms make the volume a valuable resource.

Combining a broad scope and penetrating analysis with a keen sense of what is relevant for the modern reader, The Columbia History of Western Philosophy will prove an accessible introduction for students and an informative overview for general readers.