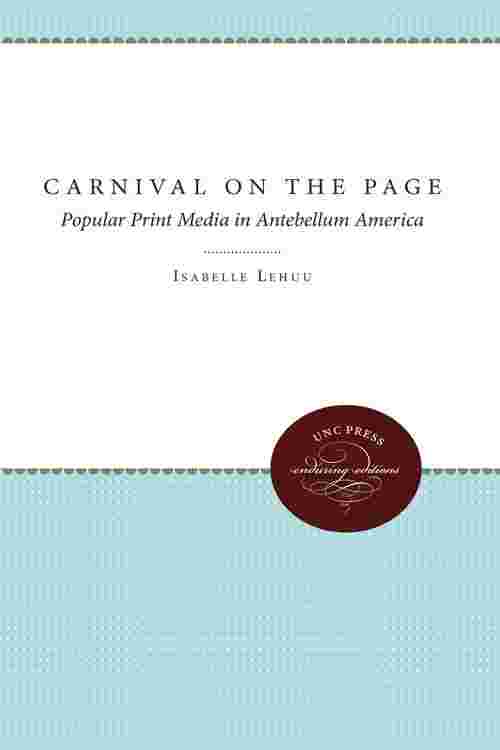 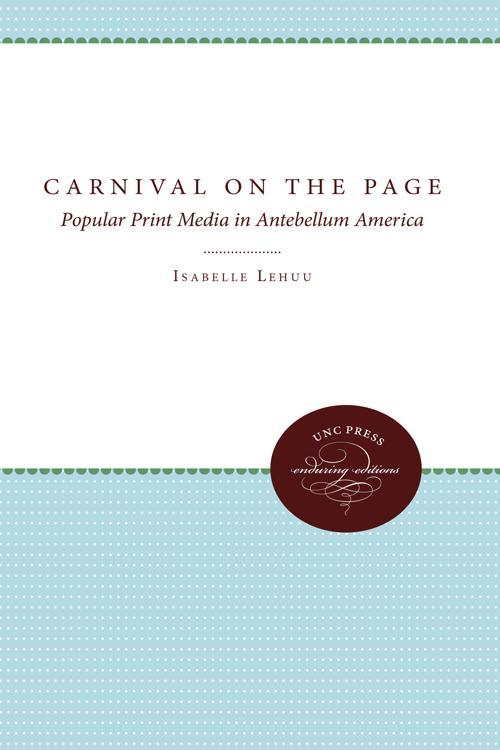 Carnival on the Page

Carnival on the Page

In the decades before the Civil War, American society witnessed the emergence of a new form of print culture, as penny papers, mammoth weeklies, giftbooks, fashion magazines, and other ephemeral printed materials brought exuberance and theatricality to public culture and made the practice of reading more controversial. For a short yet pivotal period, argues Isabelle Lehuu, the world of print was turned upside down. Unlike the printed works of the eighteenth century, produced to educate and refine, the new media aimed to entertain a widening yet diversified public of men and women. As they gained popularity among American readers, these new print forms provoked fierce reactions from cultural arbiters who considered them transgressive. No longer the manly art of intellectual pursuit, reading took on new meaning; reading for pleasure became an act with the power to silently disrupt the social order. Neither just an epilogue to an earlier age of scarce books and genteel culture nor merely a prologue to the late nineteenth century and its mass culture and commercial literature, the antebellum era marked a significant passage in the history of books and reading in the United States, Lehuu argues. Originally published 2000. A UNC Press Enduring Edition -- UNC Press Enduring Editions use the latest in digital technology to make available again books from our distinguished backlist that were previously out of print. These editions are published unaltered from the original, and are presented in affordable paperback formats, bringing readers both historical and cultural value.