📖[PDF] The Message of Acts in Codex Bezae (vol 3). by Josep Rius-Camps | Perlego 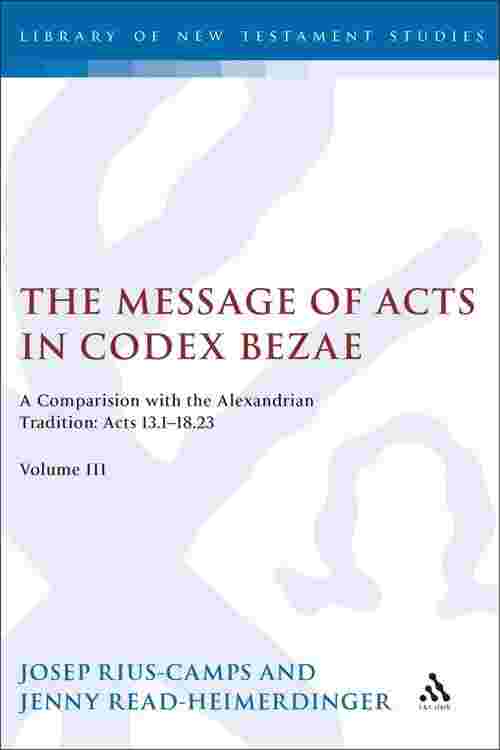 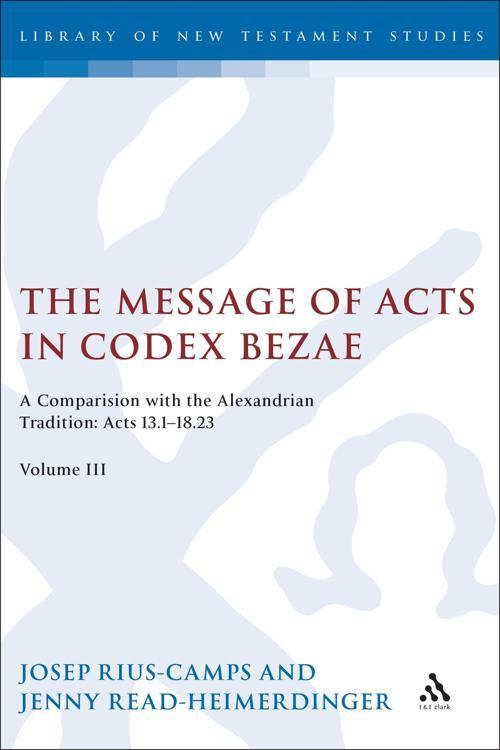 The third volume in the four-volume commentary on the Book of Acts, this work presents a fresh look at the text of Codex Bezae and compares its message with that of the more familiar Alexandrian text of which Codex Vaticanus is taken as a representative. It deals with Acts 13.1-18.23, the chapters that cover the first two stages of the mission to the Gentiles, with the intervening meeting in Jerusalem (14.28-15.41). For each section, there is a side by side translation of the Bezan and Vaticanus manuscripts, followed by a full critical apparatus which deals with more technical matters, and finally, a commentary which explores in detail the differences in the message of the two texts. Of particular interest in this part of Acts are the person of Paul and the unfolding of his character and theology. It is found that in the Bezan text Luke portrays him as a fallible disciple of Jesus who, despite his powerful enthusiasm, is hindered by his traditional Jewish understanding from fully carrying out the mission entrusted to him in these first stages. The conclusion is drawn that the portrait of an exemplary hero in the Alexandrian text is a later modification of the flawed picture.