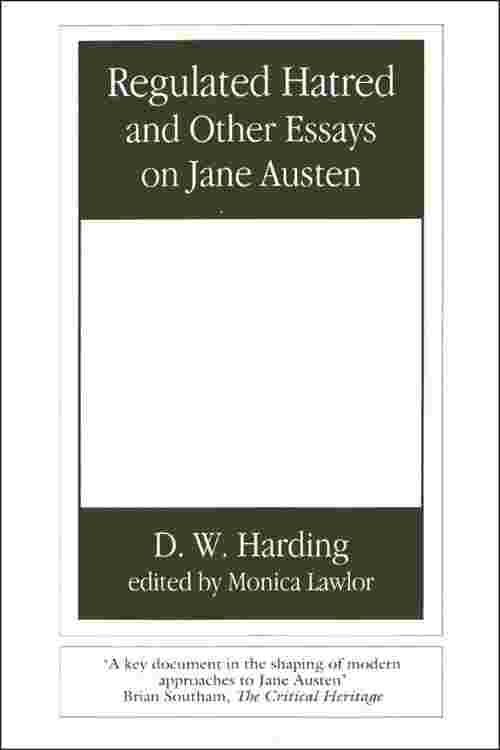 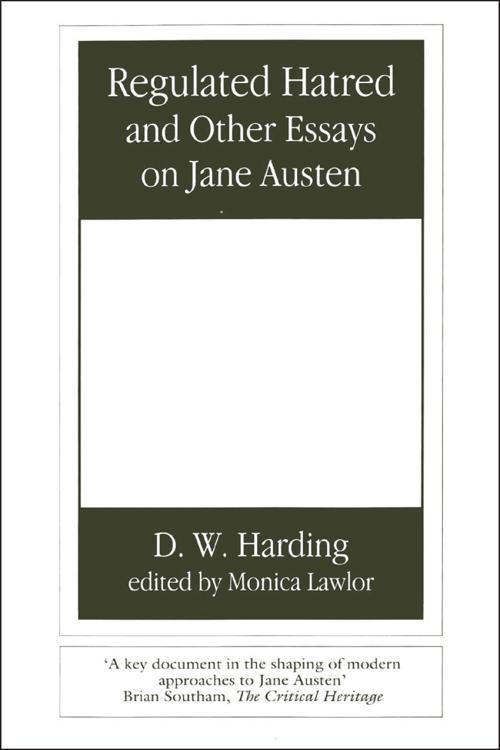 D.W. Harding was a rarity amongst literary critics since his academic career was passed as Professor of Psychology. Yet this professional occupation never obtruded. As Professor Knights writes in his Foreword, as a critic 'he was one of the most sanely subtle or subtly sane) of his generation'. His title essay, 'Regulated Hatred', altered the course of Austen criticism, and this selection from the best of his writing about his favourite author (some of it previously unpublished) will be an important landmark in Austen criticism.