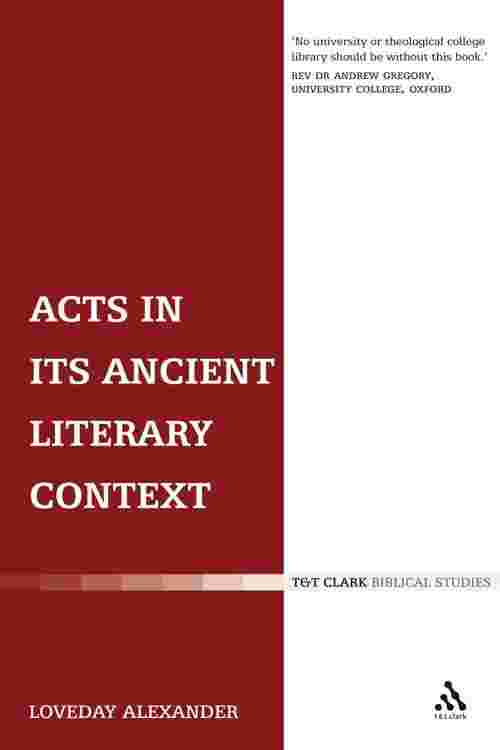 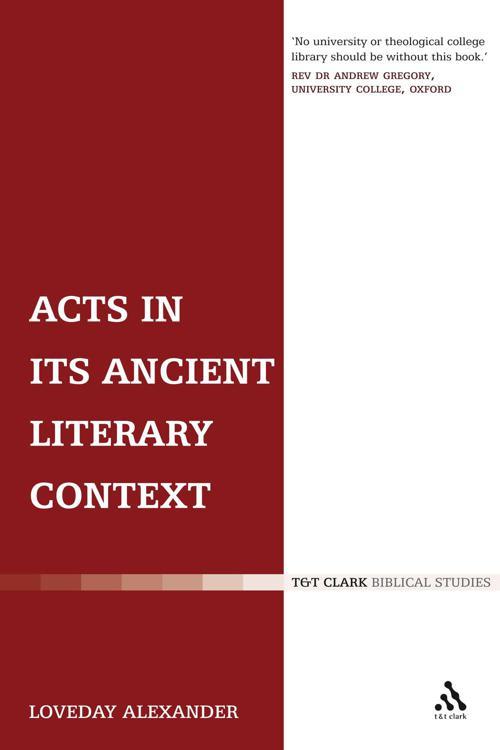 Here, gathered for the first time, is a collection of Loveday Alexander's critically acclaimed essays on the Acts of the Apostles. In this collection of essays, Alexander addresses the central question 'What kind of book is Acts?' She approaches the text of Acts with a finely-tuned sense of the complexities of the conventional codes that governed reading and writing in the classical world, and argues that the differences between New Testament texts and contemporary writings in the Graeco-Roman world can be as revealing as the similarities. The collection begins with Alexander's classic analysis of the literary codes governing the preface to Luke's two-volume work, in which she challenges the dominant consensus that the language and structure of the preface evoke the generic conventions of Greek historiography. That insight opens up the possibility of reading Acts alongside other ancient literary genres: the lives of the Greek philosophers, the Greek novels of Chariton and Xenophon of Ephesus, Roman itineraries, Greek and Jewish apologetic, and Latin epic. The process, like the narrative of Acts itself, becomes a rich and evocative voyage of exploration, shedding light both on the varied social worlds of the author and his first readers, and on the complex communication problems underlying the creation of early Christian discourse. This is volume 289 in the Journal for the Study of the New Testament Supplement series and is also part of the Early Christianity in Context series.