📖[PDF] Judicial Review and the Constitution by Christopher Forsyth | Perlego 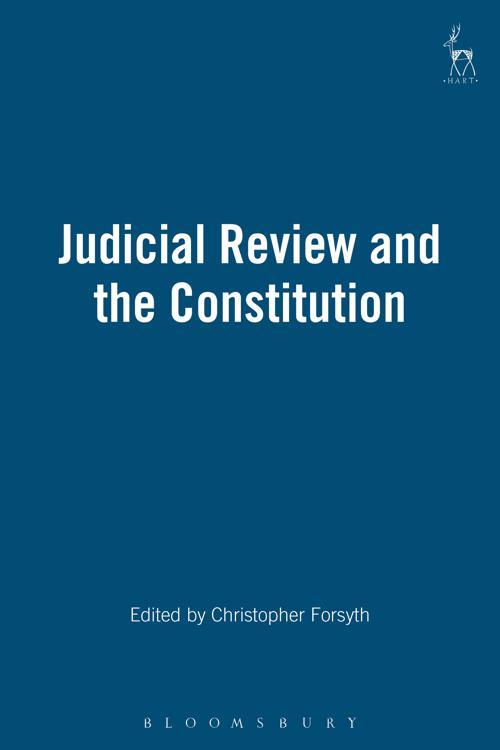 This collection of essays presents opposing sides of the debate over the foundations of judicial review. In this work, however, the discussion of whether the 'ultra vires' doctrine is best characterised as a central principle of administrative law or as a harmless, justificatory fiction is located in the highly topical and political context of constitutional change. The thorough jurisprudential analysis of the relative merits of models of 'legislative intention' and 'judicial creativity' provides a sound base for consideration of the constitutional problems arising out of legislative devolution and the Human Rights Act 1998. As the historical orthodoxy is challenged by growing institutional independence, leading figures in the field offer competing perspectives on the future of judicial review. "Confucius was wrong to say that it is a curse to live in interesting times. We are witnessing the development of a constitutional philosophy which recognises fundamental values and gives them effect in the mediation of law to the people". (Sir John Laws) ContributorsNick Bamforth, Paul Craig, David Dyzenhaus, Mark Elliott, David Feldman, Christopher Forsyth, Brigid Hadfield, Jeffrey Jowell QC, Sir John Laws, Dawn Oliver, Sir Stephen Sedley, Mark Walters. With short responses by: TRS Allan, Stephen Bailey, Robert Carnworth, Martin Loughlin, Michael Taggart, Sir William Wade.