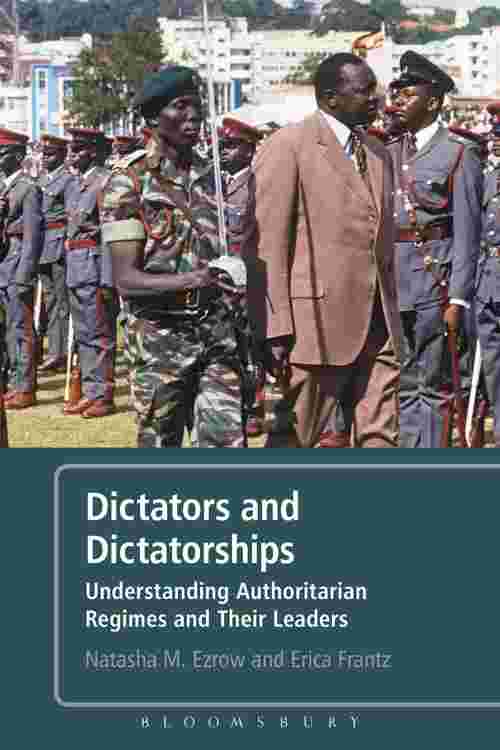 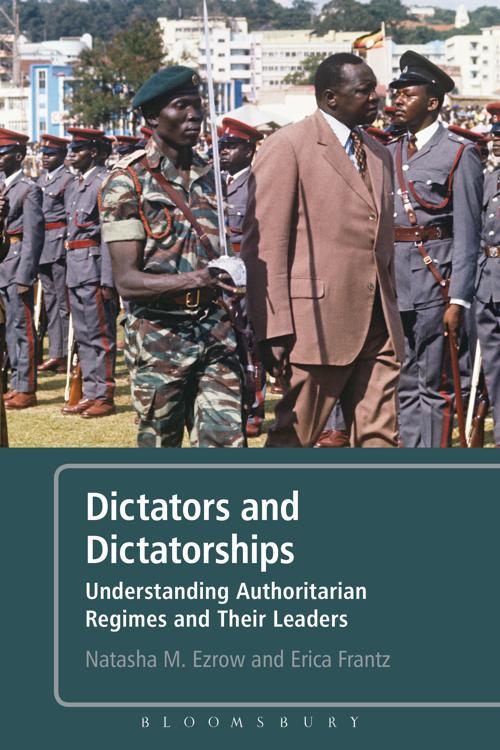 Dictators and Dictatorships is a qualitative enquiry into the politics of authoritarian regimes. It argues that political outcomes in dictatorships are largely a product of leader-elite relations. Differences in the internal structure of dictatorships affect the dynamics of this relationship. This book shows how dictatorships differ from one another and the implications of these differences for political outcomes. In particular, it examines political processes in personalist, military, single-party, monarchic, and hybrid regimes. The aim of the book is to provide a clear definition of what dictatorship means, how authoritarian politics works, and what the political consequences of dictatorship are. It discusses how authoritarianism influences a range of political outcomes, such as economic performance, international conflict, and leader and regime durability. Numerous case studies from around the world support the theory and research presented to foster a better understanding of the inner workings of authoritarian regimes. By combining theory with concrete political situations, the book will appeal to undergraduate students in comparative politics, international relations, authoritarian politics, and democratization.

In order to understand how dictatorships function, it is first important to define what we mean when we refer to them. There are, of course, a variety of ways in which scholars have defined dictatorships. This section will briefly review them.
According to Juan Linz, “authoritarian regimes are political systems with limited, not responsible political pluralism, without intensive nor extensive political mobilization, and in which a leader or a small group exercises power within formally ill-defined limits but actually quite predictable ones.”1 This definition is roughly echoed by Samuel Huntington,2 who writes that authoritarian regimes are characterized by a single leader or group of leaders with either no party or a weak party, little mass mobilization, and limited political pluralism. Daron Acemoglu and James Robinson, by contrast, emphasize representation. They argue that dictatorships are regimes in which the government represents solely “the preferences of a sub-group of the population”3. Non-democracies are “for the elite and the privileged;”4 decisions are made either by a single individual, the elite, a junta, or an oligarchy. In a different vein, Paul Brooker’s definition focuses on the electoral process, with dictatorship defined as the “theft of public office and powers.”5 For this study, we use Adam Przeworski et al.’s simple definition of democracy and dictatorship: democracies are regimes in which “those who govern are selected through contested elections;”6 dictatorships are “not democracies.”7

Early studies of dictatorship are largely descriptive in nature and predominately focus on the notion of totalitarianism. Huntington9 defines totalitarian regimes as rule by a single party led by an individual with a powerful secret police and a highly developed ideology. In totalitarian regimes, the government has total control of mass communications and social and economic organizations. Such regimes aim to create an ideal society through the use of government propaganda.

Following World War II, the concept of totalitarianism gained traction in political science, likely as a result of increased international exposure to the regimes of Germany under Adolf Hitler and the Soviet Union under Josef Stalin. Hannah Arendt’s10 work on the subject is foundational in the field. In The Origins of Totalitarianism, Arendt highlights the uniqueness of totalitarianism, calling it a new and extreme form of dictatorship comprised of “atomized, isolated individuals.”11 Relying heavily on the cases of Hitler and Stalin, Arendt argues that ideology plays a prominent role in totalitarian regimes. Though the type of ideology used varies, the common thread among all totalitarian regimes is that the leadership wants to transform human nature, by providing a complete road map for the organization of human life.12 The leadership seeks to exert full control over society, subjecting citizens to omnipresent terror as a means of ensuring compliance. Critical actors in maintaining such a tight grip over society are the leader, the secret police, and the party.

In a similar vein, Carl Friedrich and Zbigniew Brzezinski13 highlight six features of totalitarian dictatorships in Totalitarian Dictatorship and Autocracy. These features are: the implementation of an official ideology, a single political party, party control over mass communications, party control over the military, a central economy, and a secret police. In later work, Brzezinski14 defines totalitarianism as a new form of government that seeks to bring about a social revolution, based on the ideological assumptions declared by the leadership. In totalitarian regimes, power is “wielded without restraint.”15 The main goal of the leadership is to achieve the total unity of society and politicization of the populace via political organizations. These means are achieved through propaganda and terror. The leader has greater power than the party or security apparatus and typically possesses religious or charismatic appeal. Examples cited include Nazi Germany, Communist Eastern Europe and the Soviet Union, Fascist Italy, and Communist China.
North Korea: A Modern Totalitarian Regime?
The dictatorship of North Korea (a personalist/single-party regime) shares many characteristics with totalitarian regimes. Ideology plays a strong role in the North Korean regime. The state’s ideology, Juche, serves to atomize the public and subordinate the people under the will of the state (Oh and Hassig 2000). The regime’s first leader, Kim Il-sung, was credited with creating Juche, decreeing that the only way to understand the ideology was “to follow the party and the leader” (Ibid., p. 22). Juche is essentially a “state of mind” that focuses on putting North Korea first (Scobell 2006, p. 30). The ideology provides guidelines for “all fields of human endeavor from poetry to potato farming” (Ibid., p. 13). Where ideology fails to engender mass support, social control is used (Oh and Hassig 2000). The state’s control over North Korean society is extensive; no individuals are exempt from investigation or monitoring (Ibid.). The goal of these measures is to create a “climate of terror . . . instilled not just by the visible elements of the coercive apparatus . . . but also by a fear of being informed on by a colleague, friend or even a loved one” (Scobell 2006, p. 34). Large-scale efforts to mobilize the masses are also undertaken, facilitated by one of the “most oppressive personality cults in the world” (Ibid., p. 28).