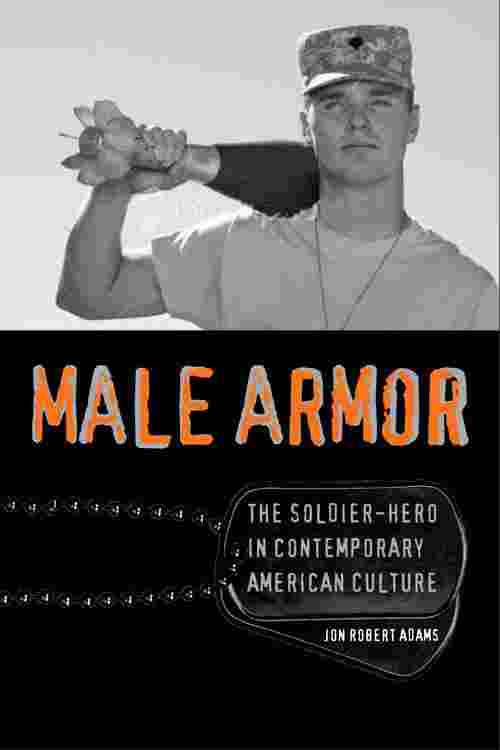 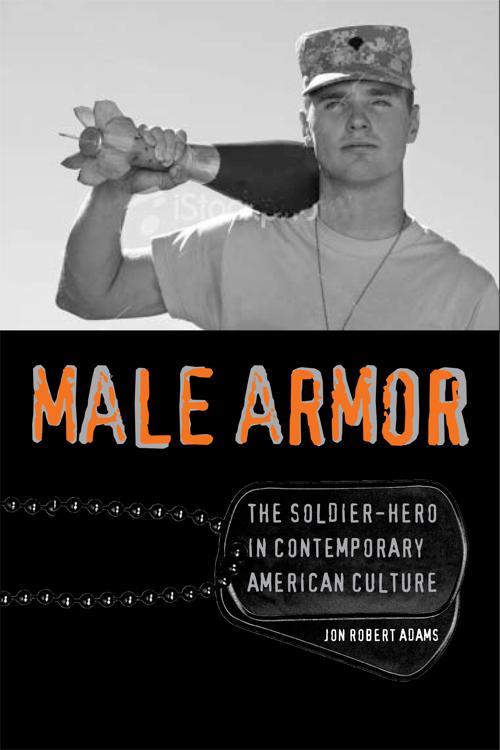 There is no shortage of iconic masculine imagery of the soldier in American film and literature—one only has to think of George C. Scott as Patton in front of a giant American flag, Sylvester Stallone as Rambo, or Burt Lancaster rolling around in the surf in From Here to Eternity. In Male Armor, Jon Robert Adams examines the ways in which novels, plays, and films about America's late-twentieth-century wars reflect altering perceptions of masculinity in the culture at large. He highlights the gap between the cultural conception of masculinity and the individual experience of it, and exposes the myth of war as an experience that verifies manhood.

Drawing on a wide range of work, from the war novels of Ernest Hemingway, Norman Mailer, James Jones, and Joseph Heller to David Rabe's play Streamers and Anthony Swofford's Jarhead, Adams examines the evolving image of the soldier from World War I to Operation Desert Storm. In discussing these changing perceptions of masculinity, he reveals how works about war in the late twentieth century attempt to eradicate inconsistencies among American civilian conceptions of war, the military's expectations of the soldier, and the soldier's experience of combat. Adams argues that these inconsistencies are largely responsible not only for continuing support of the war enterprise but also for the soldiers' difficulty in reintegration to civilian society upon their return. He intends Male Armor to provide a corrective to the public's continued investment in the war enterprise as a guarantor both of masculinity and, by extension, of the nation.