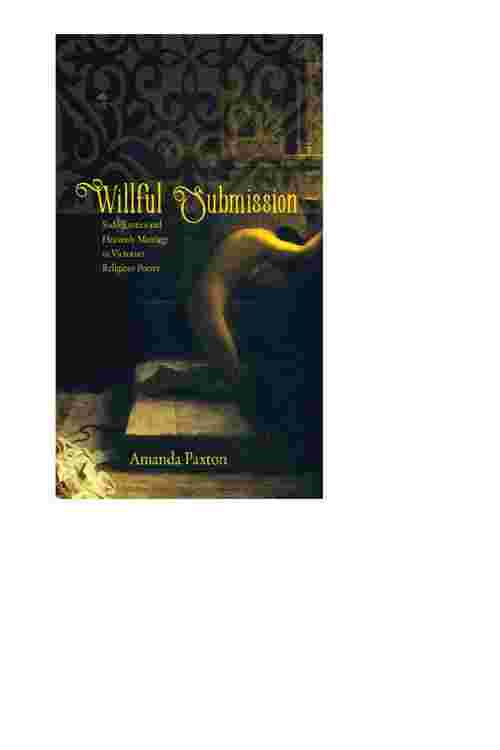 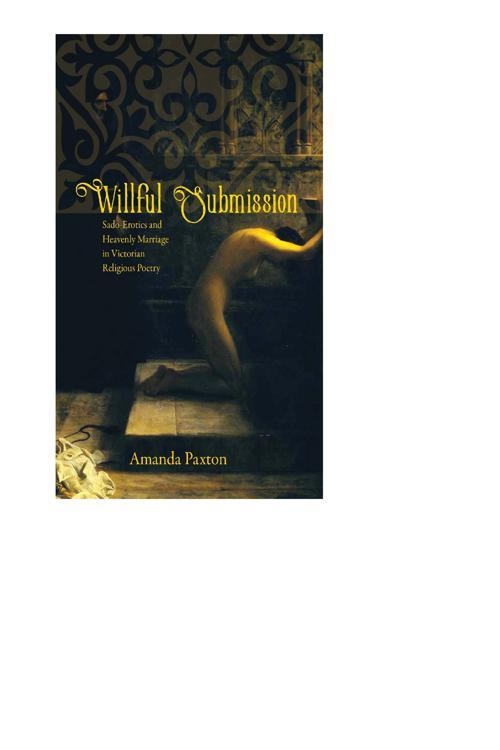 Victorian England: a Jesuit priest writes of wrestling with God at night, limbs entangled; an Anglican sister begs Jesus, her divine lover, to end her aching anticipation of their union; a clergyman exhorts nuns to study the example of medieval women who suffered on the rack in order to become "brides" of Christ. Alongside the march of nineteenth-century progress ran a seemingly paradoxical fascination with a dark, erotically suggestive side of religious devotion: the figuration of the Christian God as a heavenly bridegroom who doles out punishment to his bride, the individual soul.

Through innovative case studies of Victorian religious poetry, Amanda Paxton reveals that while the punitive model proved a convenient rhetorical tool with which to deflate burgeoning nineteenth-century campaigns for women's rights and challenges to Church authority, in the hands of several writers it also provided a means of resisting patriarchal institutions and interrogating distinctions between science and religion. Willful Submission is the first full-length volume to examine the interplay of sex, suffering, and religion as a touchstone in Victorian culture and verse.