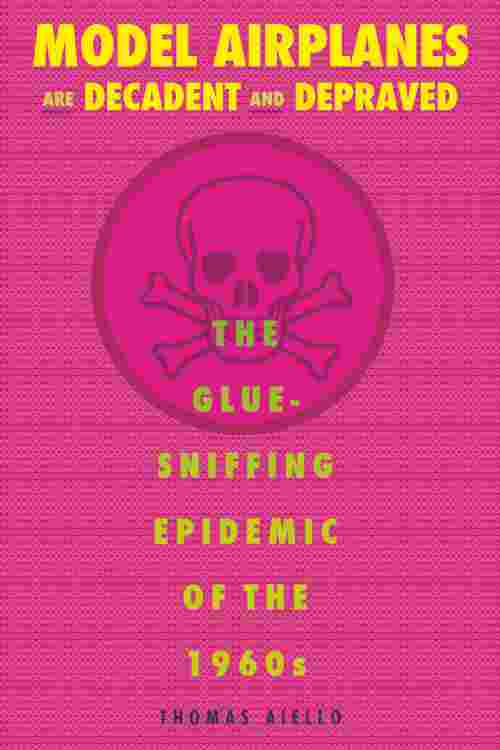 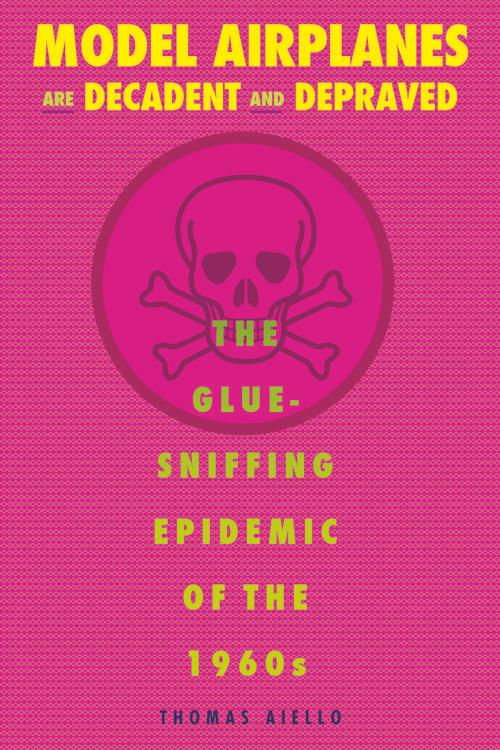 Model Airplanes are Decadent and Depraved tells the story of the American glue-sniffing epidemic of the 1960s, from the first reports of use to the unsuccessful crusade for federal legislation in the early 1970s. The human obsession with inhalation for intoxication has deep roots, from the oracle at Delphi to Judaic biblical ritual. The discovery of nitrous oxide, ether, and chloroform in the late 18th and early 19th centuries and the later development of paint thinners, varnishes, lighter fluid, polishes, and dry-cleaning supplies provided a variety of publicly available products with organic solvents that could be inhaled for some range of hallucinogenic or intoxicating effect. Model airplane glue was one of those products, but did not appear in warnings until the first reports of problematic behavior appeared in 1959, when children in several western cities were arrested for delinquency after huffing glue. Newspaper coverage both provided the initial shot across the bow for research into the subject and convinced children to give it a try. This "epidemic" quickly spread throughout the nation and the world. Though the hobby industry began putting an irritant in its model glue products in 1969 to make them less desirable to sniff, that wasn't what stopped the epidemic. Just as quickly as it erupted, the epidemic stopped when the media coverage and public hysteria stopped, making it one of the most unique epidemics in American history. The nation's focus drifted from adolescent glue sniffing to the countercultural student movement, with its attendant devotion to drug use, opposition to the Vietnam War, southern race policies, and anti-bureaucracy in general. This movement came to embody a tumultuous era fraught with violence, civil disobedience, and massive sea changes in American life and law—glue sniffing faded by comparison.