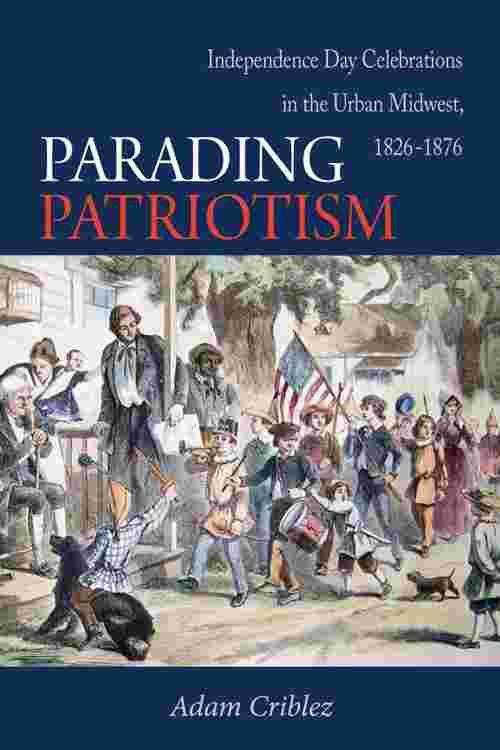 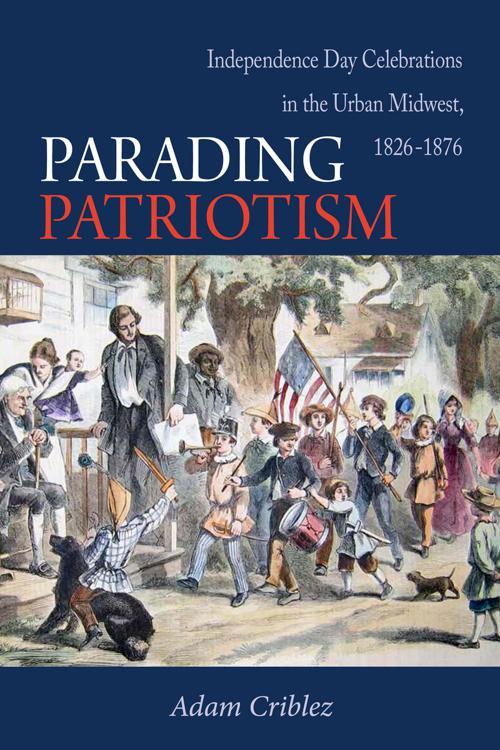 Parading Patriotism covers a critical fifty-year period in the nineteenth-century when the American nation was starting to expand and cities across the Midwest were experiencing rapid urbanization and industrialization. Historian Adam Criblez offers a unique and fascinating study of five midwestern cities—Chicago, Cincinnati, Cleveland, Columbus, and Indianapolis—and how celebrations of the Fourth of July in each of them formed a microcosm for the country as a whole in defining and establishing patriotic nationalism and new conceptions of what it was like to be an American.
Criblez exposes a rich tapestry of mid-century midwestern social and political life by focusing on the nationalistic rites of Independence Day. He shows how the celebratory façade often masked deep-seated tensions involving such things as race, ethnicity, social class, political party, religion, and even gender. Urban celebrations in these cities often turned violent, with incidents marked by ethnic conflict, racial turmoil, and excessive drunkenness. The celebration of Independence Day became an important political, cultural, and religious ritual on social calendars throughout this time period, and Criblez illustrates how the Midwest adapted cultural developments from outside the region—brought by European immigrants and westward migrants from eastern states like New York, Virginia, and Massachusetts. The concepts of American homegrown nationalism were forged in the five highlighted midwestern cities, as the new country came to terms with its own independence and how historical memory and elements of zealous and belligerent patriotism came together to construct a new and unique national identity.
This ground-breaking book draws on both unpublished sources (including diaries, manuscript collections, and journals) and copious but under-utilized print resources from the region (newspapers, periodicals, travelogues, and pamphlets) to uncover the roots of how the Fourth of July holiday is celebrated today. Criblez's insightful book shows how political independence and republican government was promoted through rituals and ceremonies that were forged in the wake of this historical moment.