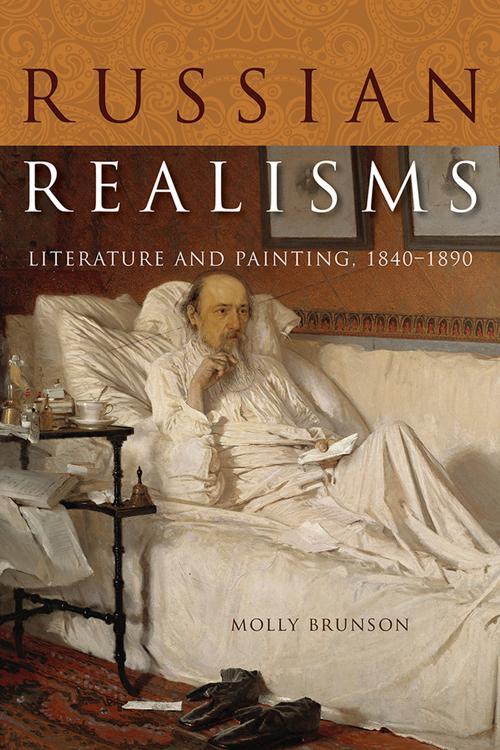 One fall evening in 1880, Russian painter Ilya Repin welcomed an unexpected visitor to his home: Lev Tolstoy. The renowned realists talked for hours, and Tolstoy turned his critical eye to the sketches in Repin's studio. Tolstoy's criticisms would later prompt Repin to reflect on the question of creative expression and conclude that the path to artistic truth is relative, dependent on the mode and medium of representation. In this original study, Molly Brunson traces many such paths that converged to form the tradition of nineteenth-century Russian realism, a tradition that spanned almost half a century—from the youthful projects of the Natural School and the critical realism of the age of reform to the mature masterpieces of Tolstoy, Fyodor Dostoevsky, and the paintings of the Wanderers, Repin chief among them. By examining the classics of the tradition, Brunson explores the emergence of multiple realisms from the gaps, disruptions, and doubts that accompany the self-conscious project of representing reality. These manifestations of realism are united not by how they look or what they describe, but by their shared awareness of the fraught yet critical task of representation. By tracing the engagement of literature and painting with aesthetic debates on the sister arts, Brunson argues for a conceptualization of realism that transcends artistic media. Russian Realisms integrates the lesser-known tradition of Russian painting with the familiar masterpieces of Russia's great novelists, highlighting both the common ground in their struggles for artistic realism and their cultural autonomy and legitimacy. This erudite study will appeal to scholars interested in Russian literature and art, comparative literature, art history, and nineteenth-century realist movements.