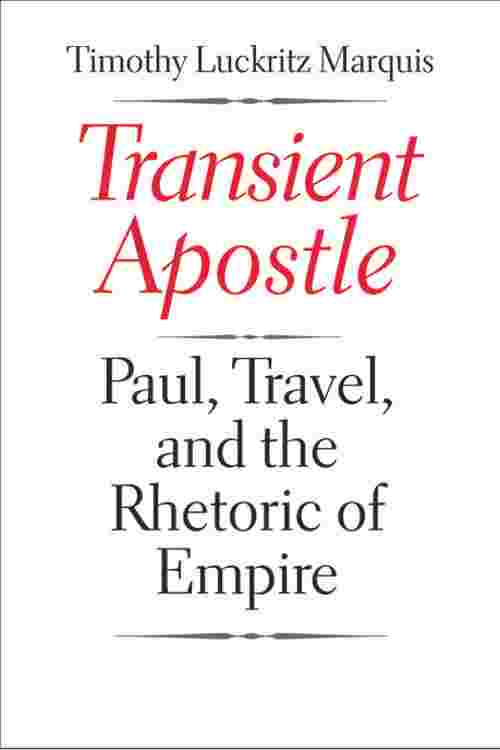 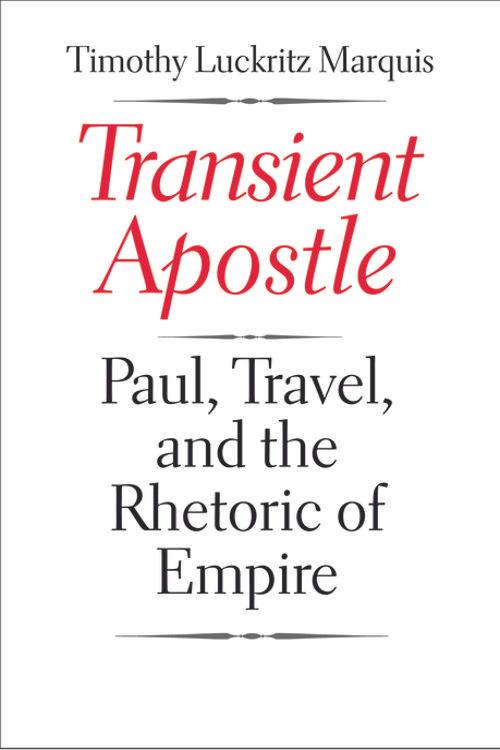 In a significant reevaluation of Paul’s place in the early Christian story, Timothy Luckritz Marquis explores the theme of travel in the apostle’s correspondence. He casts Paul’s rhetorical strategies against the background of Augustus’s age, when Rome’s wealth depended on conquests abroad, the international commerce they facilitated, and the incursion of foreign customs and peoples they brought about. In so doing, Luckritz Marquis provides an explanation for how Paul created, maintained, and expanded his local communities in the larger, international Jesus movement and shows how Paul was a product of the material forces of his day.

“This is the single most sophisticated book on Paul to be written within the paradigms of contemporary critical thought. By integrating its extensive, erudite, and compelling citations of the Greco-Roman world in which Paul was writing with post-colonial and post-Marxist thinking, it makes real progress in understanding Paul’s letters.”—Daniel Boyarin