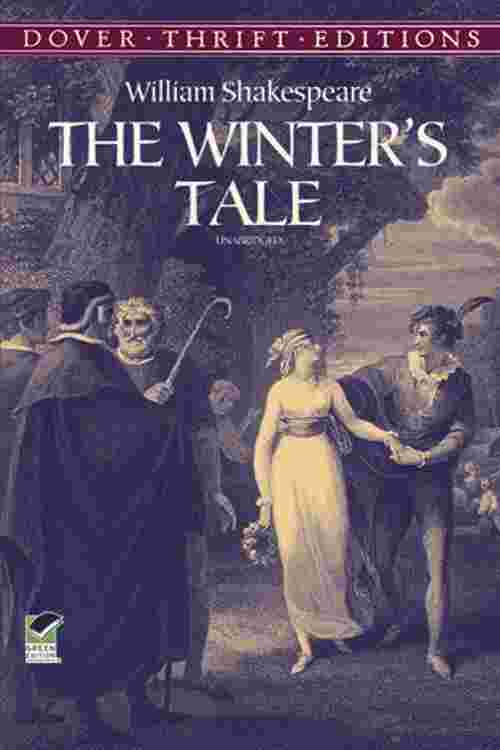 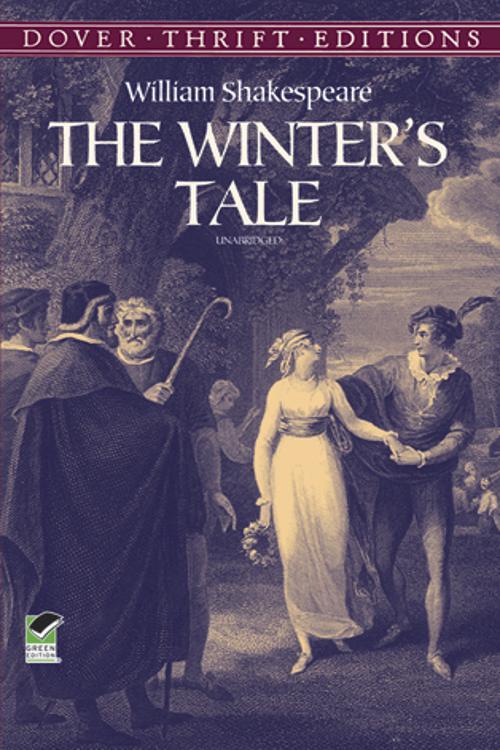 `A merry winter's tale would drive away the time trimly,` suggests a character from The Old Wives' Tale, a play by one of Shakespeare's lesser-known contemporaries. And indeed, Elizabethan audiences recognized a `winter's tale` as a fanciful story, rendered all the more appealing by its very improbability. The Bard's version of this traditional entertainment is a charming romantic comedy, but with undertones of tragedy.
Running an emotional gamut from betrayal and broken hearts to a lighthearted romp, the tale begins with the tyrannical actions of a jealous king, whose baseless suspicions of his wife and best friend destroy his own family. The play's second half takes place sixteen years later, when the lovely plot turns toward romance and reconciliation. A sheep-shearing festival provides the occasion for a picturesque assembly of country folk, who contribute some of the play's finest moments with their rustic songs and dances.