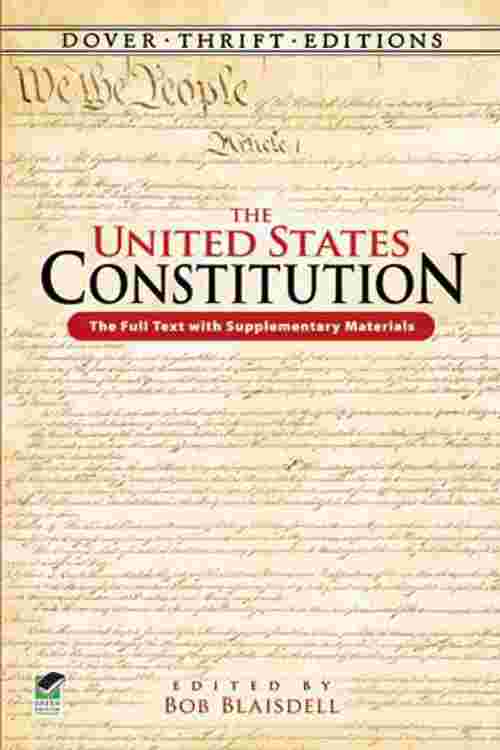 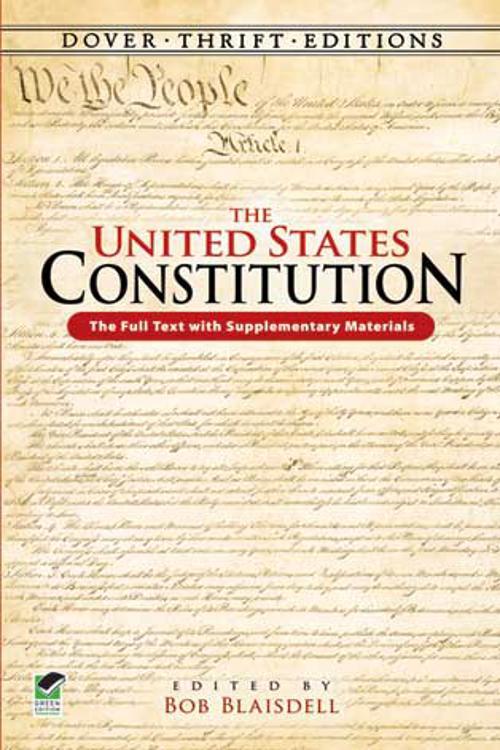 The basis of our nation's law and government, the Constitution is America's most important political and social document. This convenient and inexpensive reference contains not only the Constitution's main text and amendments but also a wealth of background information.
Supplements include selected `Federalist Papers,` consisting of memoranda by James Madison, the `Father of the Constitution,` as well as speeches by John Jay and Patrick Henry and remarks by Alexander Hamilton. Highlights from the 1787 Constitutional Convention in Philadelphia include spirited debates on suffrage, executive power, slavery, and other subjects vital to the founding of a nation. In addition, correspondence between the Founding Fathers — including letters from Madison to George Washington and from John Adams to Thomas Jefferson — offers a glimpse at the personalities behind the historic events. Includes 2 selections from the Common Core State Standards Initiative: The United States Bill of Rights and The Preamble and First Amendment to the Unites States Constitution.
Read More