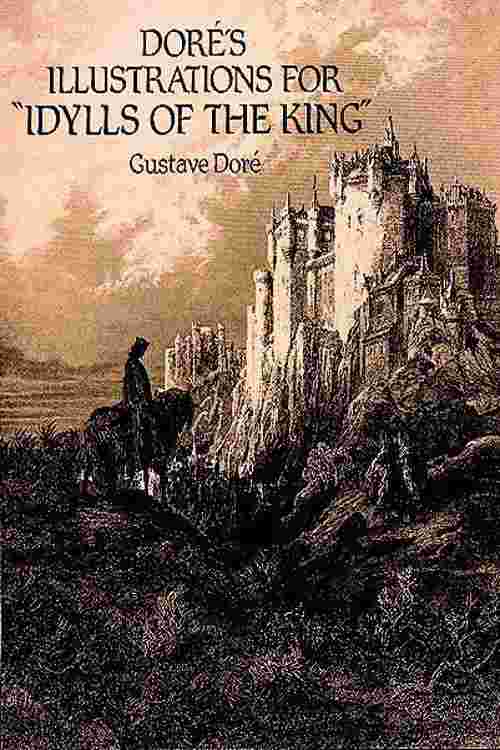 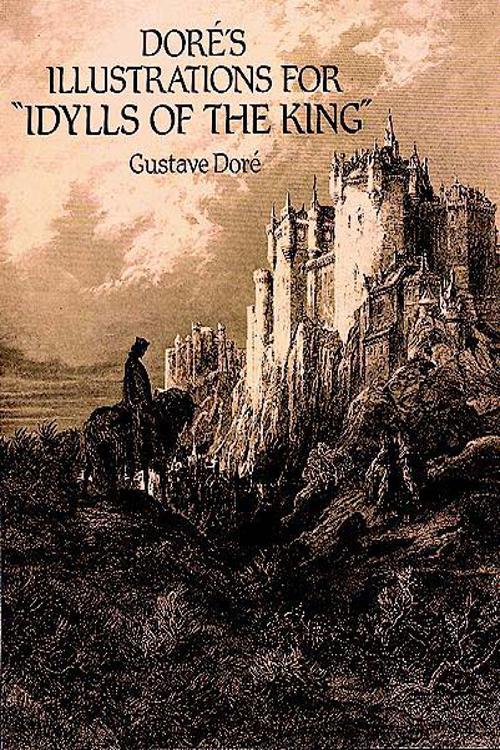 Like his contemporary, the English poet laureate Alfred, Lord Tennyson, Gustave Doré (1832–83) was highly regarded for his mastery of technique. One of the most prolific and successful book illustrators of the late nineteenth century, he provided a wealth of hauntingly beautiful illustrations for the first four parts of Idylls of the King, Tennyson's classic poetic treatment of the Arthurian legends. This volume contains meticulous reproductions of all 36 plates from rare English editions published in 1867–69.
Like many of his other works, Doré's illustrations for the Idylls possess great drama, detail, and power, overlaid with a melancholy, otherworldly mood. His masterly technique is abundantly evident in splendid, idealized scenes illustrating the romantic involvements of four lovely ladies: `the fair Elaine,` much enamored of Lancelot; Guinevere, Arthur's perfidious queen; Enid, the wife of Geraint, one of Arthur's knights; and the `wily Vivien,` a scheming beauty who attempts to seduce the wizard Merlin.
Accompanied by synopses and appropriate quotations from Tennyson's poem, Doré's illustrations bring these marvelous legends to vivid life.
Read More