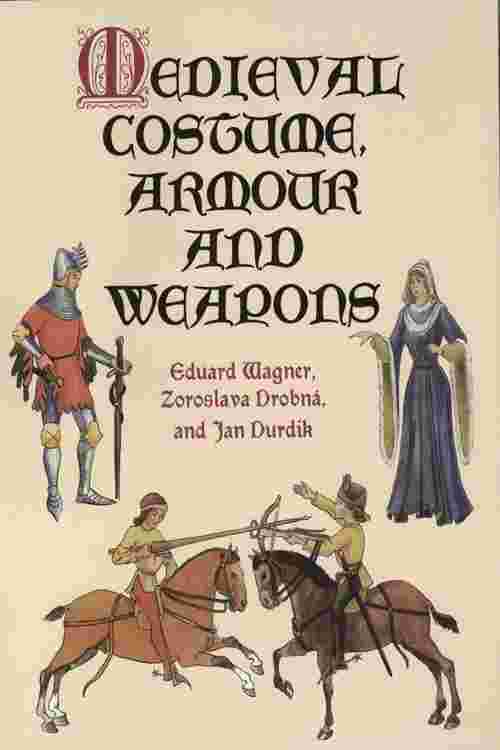 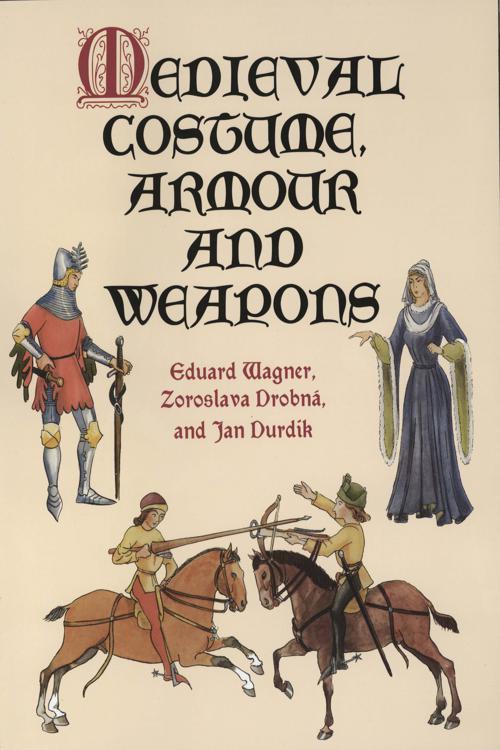 Over 400 illustrations in this superb pictorial archive trace the evolution of clothing styles, armor, and weapons during the medieval period in Central Europe. Unsurpassed in its comprehensiveness and variety, the volume draws upon a wealth of authentic primary sources, including written accounts, contemporary paintings and sculpture, and the remains of textiles and other relics.
A profusion of apparel and weaponry are depicted, ranging from the simple tunics and robes of peasants, blacksmiths, gardeners, shoemakers, fishermen, and other common laborers to the fur-lined cloaks and brocaded garments of the aristocracy. Tools and utensils used by peasants as well as the battle equipment and armor of warriors are also pictured and described, with special emphasis on how these weapons were handled, carried, and used in combat.
Accompanied by a scrupulously researched and well-documented text, these royalty-free illustrations not only offer general readers an intriguing and authentic insight into a past age but also provide artists, historians, students of weaponry, and theater and film professionals with a highly accurate source of reference material.