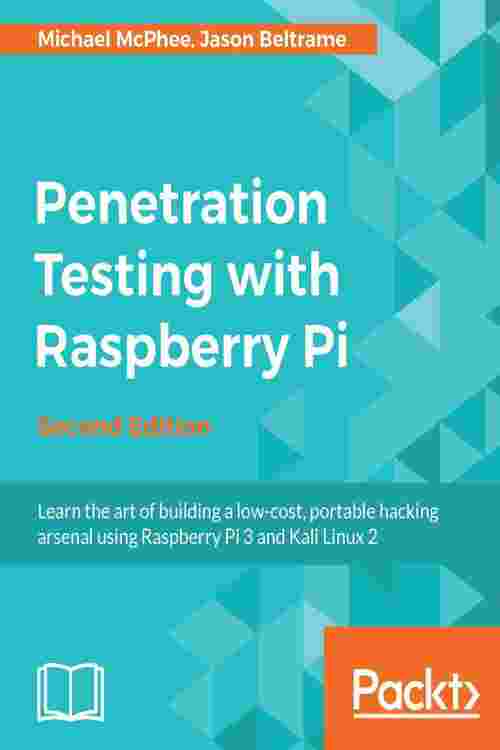 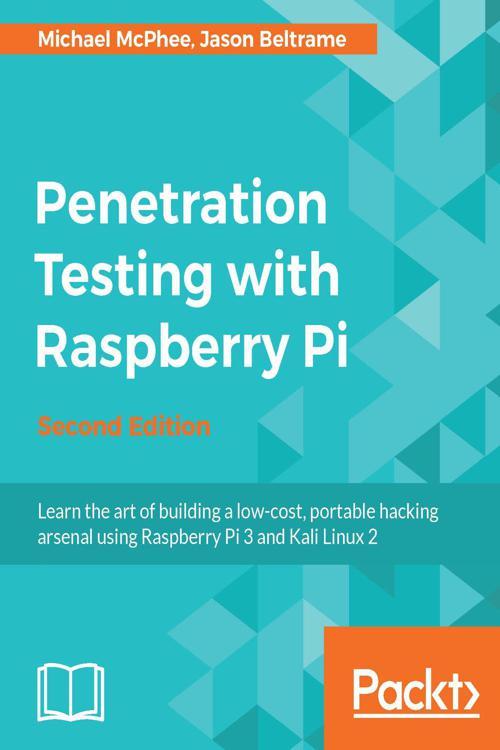 Learn the art of building a low-cost, portable hacking arsenal using Raspberry Pi 3 and Kali Linux 2About This Book• Quickly turn your Raspberry Pi 3 into a low-cost hacking tool using Kali Linux 2• Protect your confidential data by deftly preventing various network security attacks• Use Raspberry Pi 3 as honeypots to warn you that hackers are on your wireWho This Book Is ForIf you are a computer enthusiast who wants to learn advanced hacking techniques using the Raspberry Pi 3 as your pentesting toolbox, then this book is for you. Prior knowledge of networking and Linux would be an advantage.What You Will Learn• Install and tune Kali Linux 2 on a Raspberry Pi 3 for hacking• Learn how to store and offload pentest data from the Raspberry Pi 3• Plan and perform man-in-the-middle attacks and bypass advanced encryption techniques• Compromise systems using various exploits and tools using Kali Linux 2• Bypass security defenses and remove data off a target network• Develop a command and control system to manage remotely placed Raspberry Pis• Turn a Raspberry Pi 3 into a honeypot to capture sensitive informationIn DetailThis book will show you how to utilize the latest credit card sized Raspberry Pi 3 and create a portable, low-cost hacking tool using Kali Linux 2.You'll begin by installing and tuning Kali Linux 2 on Raspberry Pi 3 and then get started with penetration testing. You will be exposed to various network security scenarios such as wireless security, scanning network packets in order to detect any issues in the network, and capturing sensitive data. You will also learn how to plan and perform various attacks such as man-in-the-middle, password cracking, bypassing SSL encryption, compromising systems using various toolkits, and many more. Finally, you'll see how to bypass security defenses and avoid detection, turn your Pi 3 into a honeypot, and develop a command and control system to manage a remotely-placed Raspberry Pi 3.By the end of this book you will be able to turn Raspberry Pi 3 into a hacking arsenal to leverage the most popular open source toolkit, Kali Linux 2.0.Style and approachThis concise and fast-paced guide will ensure you get hands-on with penetration testing right from the start. You will quickly install the powerful Kali Linux 2 on your Raspberry Pi 3 and then learn how to use and conduct fundamental penetration techniques and attacks.