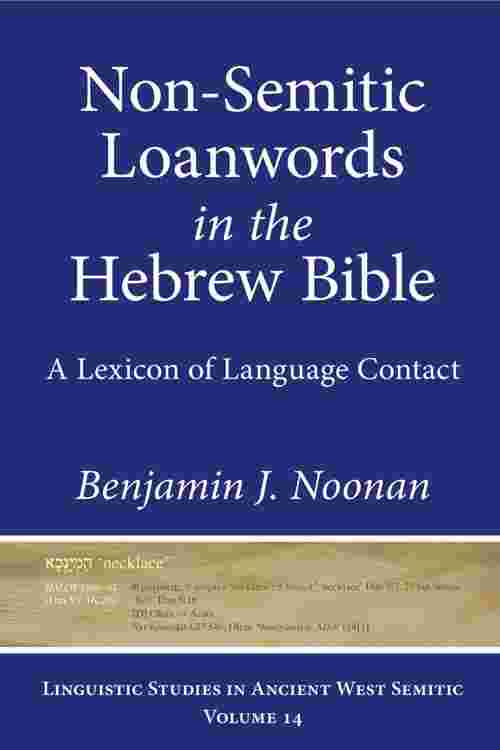 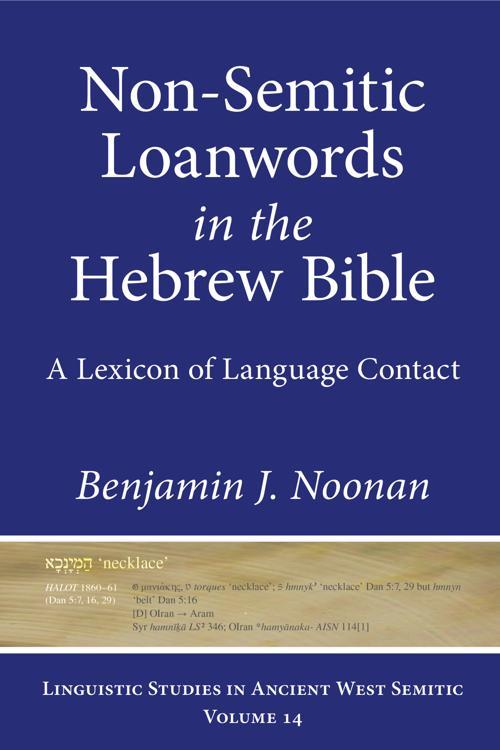 Ancient Palestine served as a land bridge between the continents of Asia, Africa, and Europe, and as a result, the ancient Israelites frequently interacted with speakers of non-Semitic languages, including Egyptian, Greek, Hittite and Luwian, Hurrian, Old Indic, and Old Iranian. This linguistic contact led the ancient Israelites to adopt non-Semitic words, many of which appear in the Hebrew Bible. Benjamin J. Noonan explores this process in Non-Semitic Loanwords in the Hebrew Bible, which presents a comprehensive, up-to-date, and linguistically informed analysis of the Hebrew Bible’s non-Semitic terminology.

In this volume, Noonan identifies all the Hebrew Bible’s foreign loanwords and presents them in the form of an annotated lexicon. An appendix to the book analyzes words commonly proposed to be non-Semitic that are, in fact, Semitic, along with the reason for considering them as such. Noonan’s study enriches our understanding of the lexical semantics of the Hebrew Bible’s non-Semitic terminology, which leads to better translation and exegesis of the biblical text. It also enhances our linguistic understanding of the ancient world, in that the linguistic features it discusses provide significant insight into the phonology, orthography, and morphology of the languages of the ancient Near East. Finally, by tying together linguistic evidence with textual and archaeological data, this work extends our picture of ancient Israel’s interactions with non-Semitic peoples.

A valuable resource for biblical scholars, historians, archaeologists, and others interested in linguistic and cultural contact between the ancient Israelites and non-Semitic peoples, this book provides significant insight into foreign contact in ancient Israel.