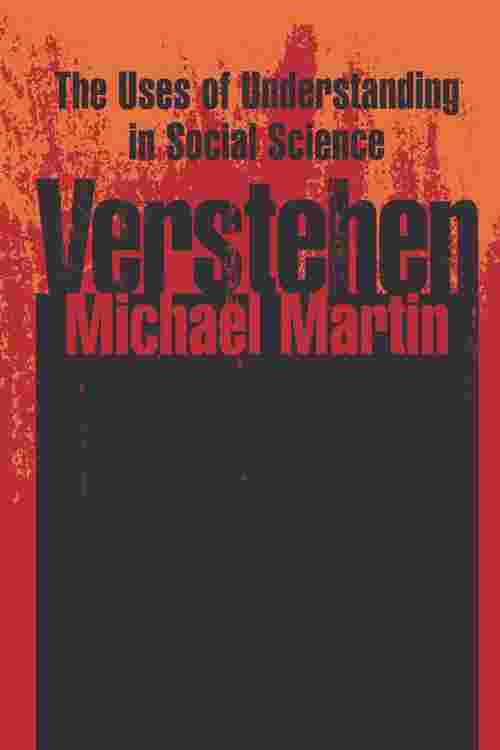 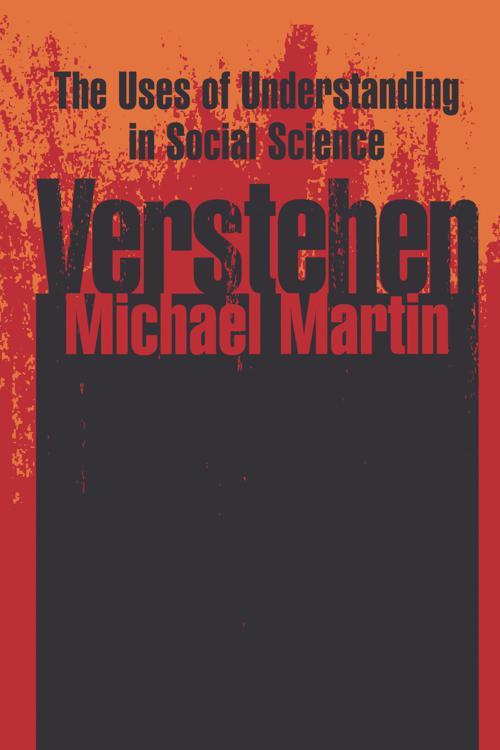 In late nineteenth-century German academic circles, the term verstehen (literally, understanding, or comprehension) came to be associated with the view that social phenomena must be understood from the point of view of the social actor. Advocates of this approach were opposed by positivists who stressed the unity of method between the social and natural sciences and an external, experimental, and quantitative knowledge. Although modified over time, the dispute between positivists and antipositivists--nowadays called naturalists and antinaturalists--has persisted and still defines many debates in the field of philosophy of social sciences. In this volume, Michael Martin offers a critical appraisal of verstehen as a method of verification and discovery as well as a necessary condition for understanding.

In its strongest forms, verstehen entails subjectively reliving the experience of the social actor or at least rethinking his or her thoughts, while in its weaker forms it only involves reconstructing the rationale for acting. Martin's opening chapter offers a reconsideration of the debate between the classical verstehen theorists--Wilhelm Dilthey, Max Weber, R.G. Collingwood--and the positivists. Chapters 2 and 3 deal with positivist critiques of verstehen as a method of social scientific verification and understanding. In the subsequent chapters Martin considers contemporary varieties of the verstehen position and argues that they like the classical positions, they conflict with the pluralistic nature of social science. Chapter 4 discusses Peter Winch's and William Dray's variants of verstehen, while chapters 5 through 9 consider recent theorists--Karl Popper, Charles Taylor, Clifford Geertz--whose work can be characterized in verstehen ist terms: In his conclusion Martin defines the limitations of the classical and recent verstehen positions and proposes a methodological pluralism in which verstehen is justified pragmatically in terms of the purposes and contexts of inquiry. This volume is the only comprehensive and sustained critique of verstehen theory currently available. It will be of interest to sociologists, philosophers, political scientists, and anthropologists.