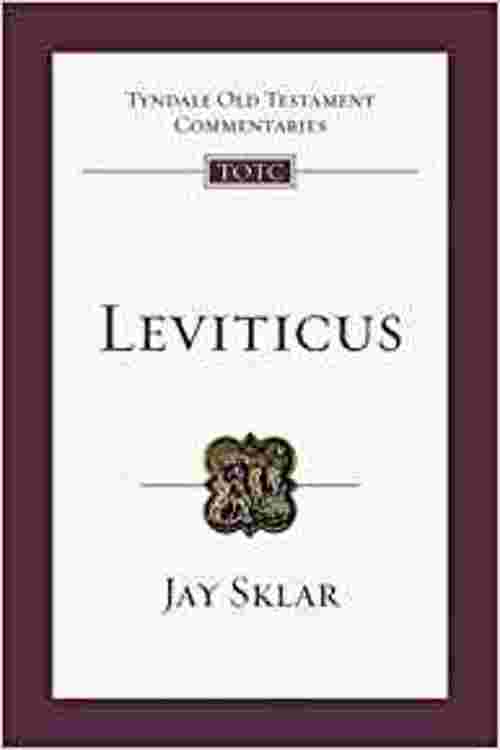 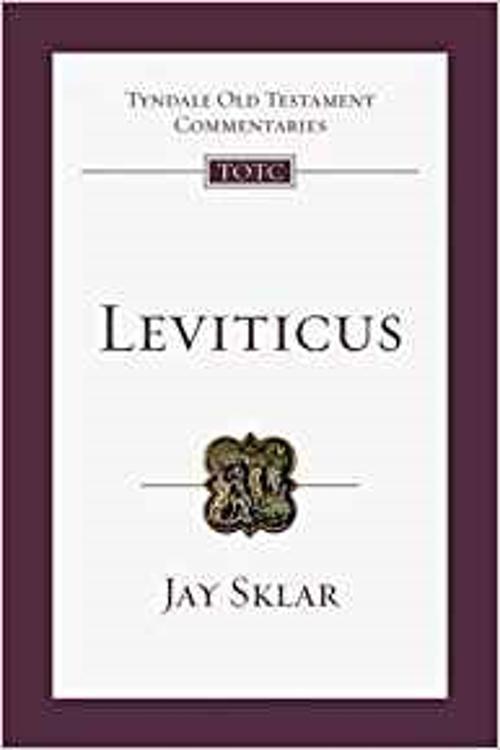 These commentaries are designed to help the reader of the Bible understand what the text says and what it means. The Introduction to each book gives a concise but thorough treatment of its authorship, date, original setting and purpose. Following a structural Analysis, the Commentary takes the book section by section, drawing out its main themes, and also comments on individual verses and problems of interpretation. Additional Notes provide fuller discussion of particular difficulties. In the new Old Testament volumes, the commentary on each section of the text is structured under three headings: Context, Comment and Meaning.

A. Setting: the Lord speaks from the tent of meeting (1:1)

The setting must be kept clearly in mind. The Israelites had just entered into covenant relationship with the Lord, the King of heaven (Exod. 20 – 24). This King has now descended into their midst to take up residence in his ‘palace’, the tent of meeting (Exod. 40:34). As Leviticus begins, he summons Moses to the palace and gives him covenant laws to pass on to the covenant people. It is these covenant laws that Leviticus is about to describe.

In biblical times, a king who entered into covenant relationship with a people would give them laws that helped them to know how to live as members of his kingdom. The Lord does the very same in Leviticus: he gives covenant laws to his covenant people so that they can be faithful members of his covenant kingdom (see further at Introduction, pp. 37–38). These laws helped them to manifest faithfulness in two ways. First, they let the Israelites know how to maintain covenant fellowship with the King now dwelling in their midst. For example, Leviticus 1 – 5 explains the types of sacrifices to present before him, and Leviticus 12 – 15 teaches how to avoid defiling his holy palace (cf. Lev. 15:31). Second, they let the Israelites know how to reflect the holiness of their covenant King (Lev. 11:44–45), so that they could fulfil their covenant mission: being ‘a kingdom of priests and a holy nation’ to ‘all the earth’ (Exod. 19:4–6). In both instances, the goal was relational: to guide the Israelites in their relationship with their covenant King, as well as with those who live in his world. As Jesus would later affirm, the Lord’s laws always have this dual goal in mind (Matt. 22:37–40).

Leviticus 1:2 – 6:7 is addressed to lay Israelites (v. 2; cf. 6:8–9). It contains laws describing how to present the five main offerings (see chart below). Each law is presented as a ‘case law’, a literary form common in the Ancient Near East (and in many societies today). A case law first states the condition in which the law will apply (the ‘protasis’) and usually begins with ‘if ’ or ‘when’. The law then states what should happen if the condition is met (the ‘apodosis’). Leviticus 1:3 provides a good example:

If the offering is a burnt offering from the herd (protasis),
you are to offer a male without defect (apodosis).

2. Introduction. Just as in Exodus, the Lord commands his prophet Moses to speak the following laws to the Israelites (Exod. 19:6; 30:31; see also Lev. 4:2; 6:8–9, etc.). Leviticus is thus a divinely communicated word from the Lord to the Israelites, through his servant Moses.
3–9. Burnt offerings from the herd. When presenting a burnt offering from the herd or flock, the worshipper brought a male animal, without defect, to the entrance of the tent of meeting (v. 3), and laid a hand on the head of the animal so that it was accepted on his or her behalf (v. 4). The animal was then slaughtered (v. 5a), and the priests collected the blood and brought it to the altar of burnt offering, on which they splashed the blood all around (v. 5b). The animal was then skinned and butchered (v. 6; cf. 7:8), and certain pieces of it were washed (v. 9a). During this time, the priests were to ensure that there was a suitable fire on the altar (v. 7) and then burn the entire animal there (vv. 8, 9b).
3. The Hebrew word for this sacrifice (‘ôlâ) is variously translated: ‘burnt offering’ (RSV, NIV, etc.), ‘whole offering’ (NEB), ‘whole burnt offering’ (LXX). The last translation does especially well in conveying that the entire animal was burned up on the altar.
The chapter begins with animals of greatest economic value, namely, herd animals. The herd animal was to be a male that was ‘without blemish’ (NIV without defect), that is, without physical blemishes (see Lev. 22:22–24). Animals with a blemish would be of less economic value and thus not worthy to present to the covenant King (cf. Mal. 1:8). It is less clear why the animal had to be a male for burnt offerings (cf. 3:1). It may simply be that this was already the custom (cf. Gen. 22:13).
The offeror was to bring the animal inside the courtyard and present it at the entrance to the tent of meeting, that is, the area in front of the tent’s entryway (cf. 2 Sam. 11:9a for this use of the word ‘entrance’; it is impossible to know just how close the offeror came to the tent). The reason was so that it – or perhaps better ‘he’ (the offeror) – might be ‘acceptable before the LORD’ (ESV). The word translated acceptable (rāṣôn) and the verb to accept/be accepted (v. 4; rāṣâ) refer to experiencing the Lord’s ‘favour’ and ‘pleasure’ (see Ps. 30:5a; cf. Mal. 1:10). In sum, the offeror desired the Lord to look on this offering – and any accompanying request – with favour.
4. Having brought the animal, the offeror would lay – or perhaps better ‘lean’ – a hand on the animal’s head. This part of the ritual has come to be known as the ‘hand-leaning rite’ and was a regular part of sacrifices (Exod. 29:10; Lev. 3:2; 4:4, etc.).
A basic purpose of this rite was to establish some sort of relationship between the offeror and the animal, so that the animal would be accepted on the offeror’s behalf. This relationship would result in the benefits of the sacrifice – such as atonement – being credited to the offeror (cf. Lev. 7:18). It may also have been at this point that the offeror indicated the specific purpose of the offering. In Numbers 5:11–28, for example, the offering is placed in the hands of the woman (v. 18), its purpose is stated (vv. 19–24), and then it is brought by the priest to the altar (vv. 25–26).
The animal was accepted by the Lord to make atonement for the offeror. The verb to make atonement (kipper) has been much discussed. In general, it communicates two ideas: ransoming and purifying. On the one hand, sin or impurity puts the offeror at risk of the Lord’s judgment. As a result, the offeror needs ransoming. On the other hand, sin and impurity are defiling. As a result, the offeror also needs purifying. The verb kipper refers to both of these: it is a ‘ransom-purification’, taking place by means of the animal’s lifeblood. At times the emphasis might be more on ransoming, and at other times on purifying (just as Jesus’ death is at times described as ‘ransoming’ sinners and at other times as ‘purifying’ them; cf. Matt. 20:28; Titus 2:14). But in both instances, making atonement results in ransom from the Lord’s judgment, as well as purification from sin and impurity (see further at Introduction, pp. 50–53). For atonement and the burnt offering, see Meaning below.
5. Atonement is accomplished by means of the animal’s lifeblood (see Introduction, pp. 53–54). In order to obtain this blood, the animal had to be slaughtered. The NIV translates: You are to slaughter the...bull, suggesting that the offeror conducted this part of the ceremony. Other versions and commentators translate: ‘The bull shall be slaughtered...’ (NRSV; Milgrom, 1991: 33). The Hebrew could be translated either way.23 Support for the second translation is found in 4:15, which is less ambiguous grammatically, and is most commonly translated ‘...the bull will be slaughtered’ (NIV, ESV, etc.). Slaughtered by whom? Perhaps by the person who brought the offering, though perhaps also by priests or Levites (see at vv. 6–8).
After the bull had been slaughtered, Aaron’s sons the priests would bring the blood to the altar. All rites directly connected to the altar are assigned to the priests (vv. 5, 7, 8, 9). This is because ministering at the altar was a sacred duty and could be performed only by those set apart as holy (Exod. 28:1; Num. 16:40). The altar in this instance was the altar of burnt offering, which stood outside the entrance to the tent of meeting (see diagram, p. 86). It was a hollow wooden box, overlaid with bronze, and appropriately large for burning large pieces of meat, measuring approximately 7.5 ft × 7.5 ft × 4.5 ft (2.3m × 2.3m × 1.4m).
The priests would take the blood – perhaps collecting it in a bowl (Exod. 24:6–8; 27:3) – and splash it on the altar. The verb splash (zāraq) appears to refer to larger amounts of liquid being ‘thrown’, compared with smaller amounts of liquid that were ‘sprinkled’ (nāzâ) (cf. Exod. 29:20 [zāraq] with 29:21 [nāzâ]).
The Hebrew of verse 5b reads literally: ‘And the sons of Aaron...will throw the blood on the altar...’ The Lord echoes t...