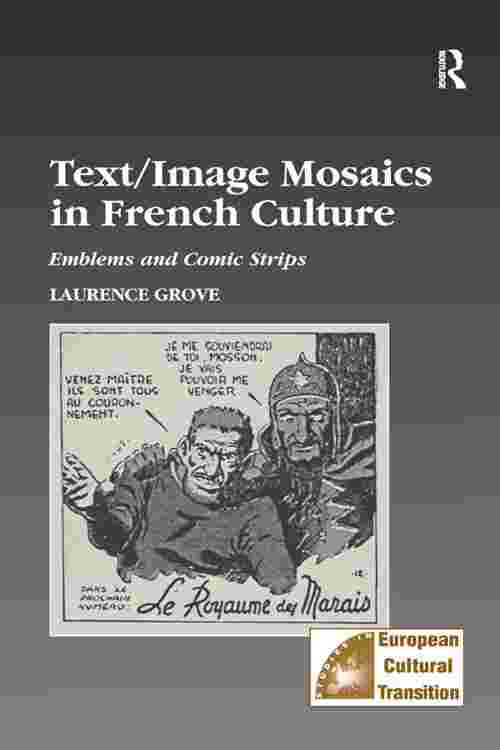 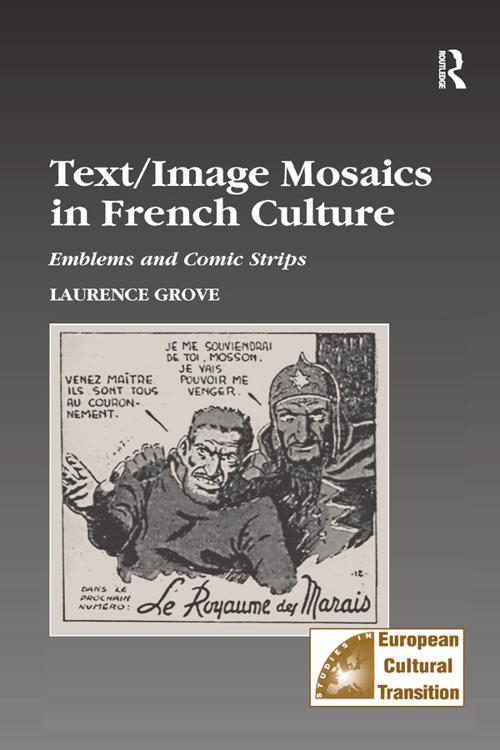 This study compares text/image interaction as manifested in emblem books (and related forms) and the modern bande dessinée, or French-language comic strip. It moves beyond the issue of defining the emblematic genre to examine the ways in which emblems - and their modern counterparts - interact with the surrounding culture, and what they disclose about that culture. Drawing largely on primary material from the Bibliothèque nationale de France and from Glasgow University Library's Stirling Maxwell Collection of emblem literature, Laurence Grove builds on the ideas of Marshall McLuhan, Elizabeth Eisenstein and, more recently, Neil Rhodes and Jonathan Sawday. Divided into four sections-Theoretics, Production, Thematics and Reception-Text/Image Mosaics in French Culture broaches topics such as theoretical approaches (past and present) to text/image forms, the question of narrative within the scope of text/image creations, and the reuse of visual iconography for diametrically opposed political or religious purposes. The author argues that, despite the gap in time between the advent of emblems and that of comic strips, the two forms are analogous, in that both are the products of a 'parallel mentality'. The mindsets of the periods that popularised these forms have certain common features related to repeated social conditions rather than to the pure evolution over time. Grove's analysis and historical contextualisation of that mentality provide insight into our own popular culture forms, not only the comic strip but also other hybrid media such as advertising and the Internet. His juxtaposition of emblems and the bande dessinée increases our understanding of all such combinations of picture and text.