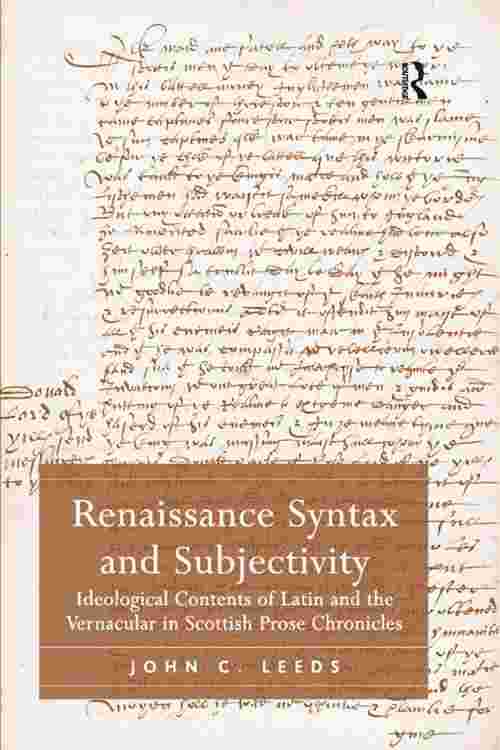 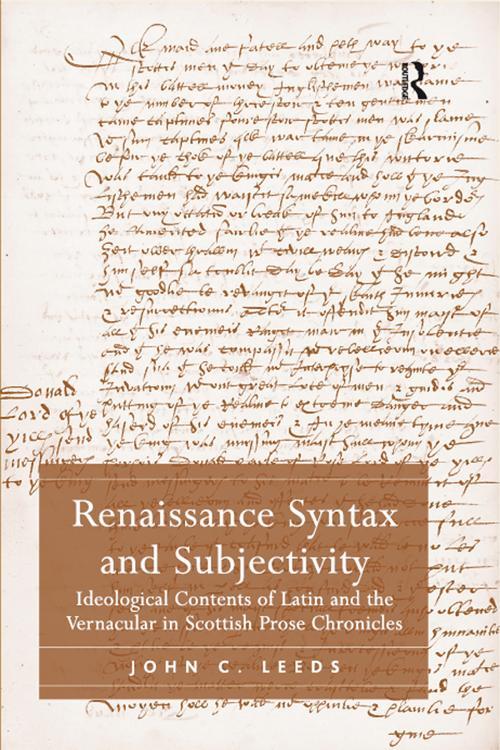 The relationship between Latin and the Scots vernacular in the chronicle literature of 16th-century Scotland provides the topic for this study. John Leeds here shows how the disposition of grammatical subjects, in the radically dissimilar syntactic systems of humanist neo-Latin and Scots, conditions the way in which "the subject" (i.e., the human individual) and its actions are conceived in the writing of history. In doing so, he extends the boundaries of existing critical literature on early modern "subjectivity" to include the subject of grammar, analyzing its incorporation into narrative sentences and illuminating the ideological contents of different systems for its deployment. Though focused on the chronicles of Renaissance Scotland, the argument can in principle be applied to the entire range of Latin-vernacular relations during the early modern period. While examining the intellectual culture of early modernity, Leeds also takes aim, at every stage of his argument, at the semiotic and social-constructionist orthodoxies that dominate the humanities today. Against the notion that human subjects are "discursive constructs, " he argues for the subordination of discourse to realities, both material and immaterial, that are external to language. As part of this argument, he proposes a view of neo-Latin humanism as a resistance to the onset of modernity, arguing that Latin prose provides options (at once syntactic, ideological, and ontological) that vernacular culture has, to its considerable detriment, foreclosed. In sum, Leeds advocates a renewed and theoretically-informed commitment to the humanism that the humanities themselves have been at such pains, during the last scholarly generation, to depreciate.