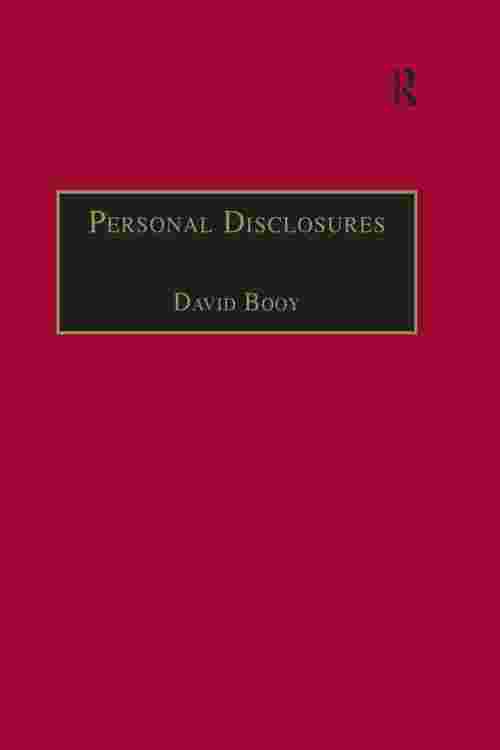 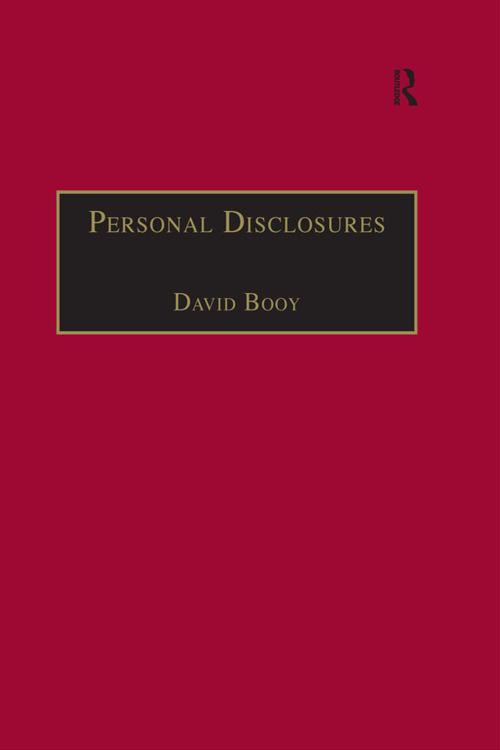 The seventeenth century saw a dramatic increase in self-writing-from the private jotting down of personal thoughts in an irregular and spontaneous way, to the carefully considered composition of extended autobiographical narrative and deliberate self-fashioning for public consumption. Recent anthologies of women's writing, drawing to some extent on this rich but relatively little-known archive, have demonstrated the importance of studying such material to gain insight into female lives in that era. Personal Disclosures is innovative in that it stimulates and facilitates comparative analysis of female and male representations of the self, and of gendered constructions of identity and experience, by presenting a broad range of extracts from both women's and men's autobiographical writings. The majority of the extracts have been freshly edited from original seventeenth-century manuscripts and books. Exploiting all kinds of text-diaries, journals, logs, testimonies, memoirs, letters, autobiographies-the anthology also encourages consideration of topics central to current scholarly interest: religious experience, the body, communities, the family, encounters with new lands and peoples, and the conceptualization and writing of the self. A General Introduction discusses early modern autobiographical writing, and there are substantial introductions to each of the six sections, together with detailed suggestions for further reading.