[PDF] Miracles and Wonders The Development of the Concept of Miracle, 1150-1350 by Michael E. Goodich | Perlego 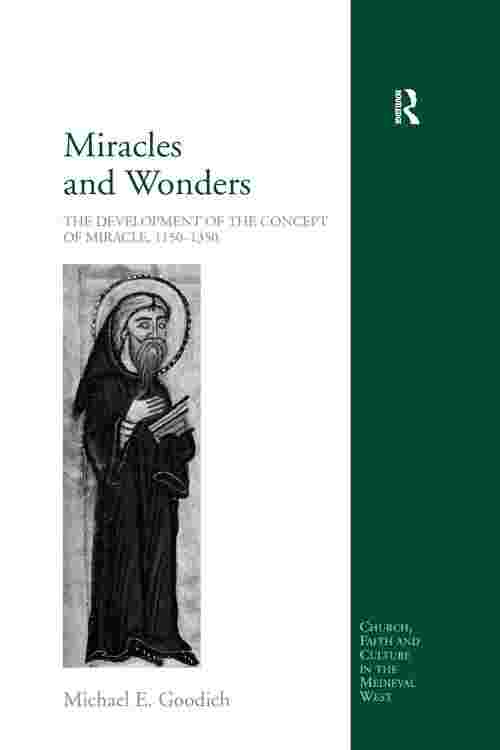 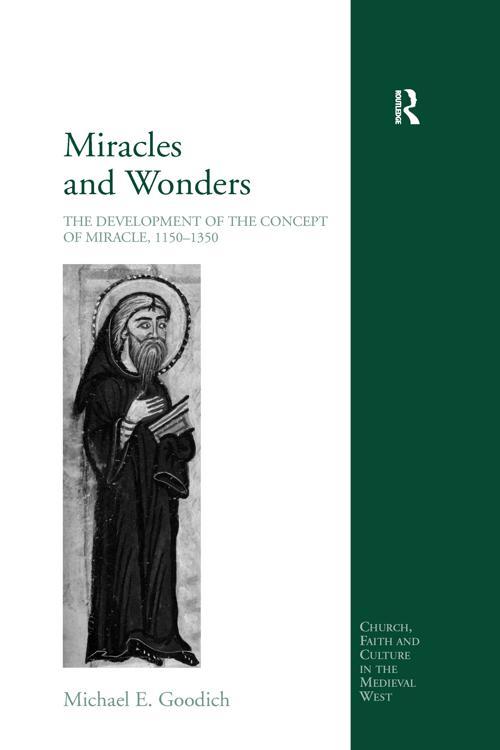 The Development of the Concept of Miracle, 1150-1350
Michael E. Goodich
Book details
Table of contents

Beginning in the late twelfth century, scholastic theologians such as William of Auvergne, Thomas Aquinas and Engelbert of Admont attempted to provide a rational foundation to the Christian belief in miracles, bolstered by the Aristotelian theory of natural law. Similarly in this period a tension appeared to exist in the recording of miracles, between the desire to exalt the Faith and the need to guarantee believability in the face of opposition from heretics, Jews and other sceptics. As miracles became an increasingly standard part of evidence leading to canonization, the canon lawyers, notaries and theologians charged with determining the authenticity of miracles were eventually issued with a list of questions to which witnesses to the event were asked to respond, a virtual template against which any miracle could be measured. Michael Goodich explores this changing perception of the miracle in medieval Western society. He employs a wealth of primary sources, including canonization dossiers and contemporary hagiographical Vitae and miracle collections, philosophical/theological treatises, sermons, and canon law and ancillary sources dealing with the procedure of canonization. He compares and contrasts 'popular' and learned understanding of the miraculous and explores the relationship between reason and revelation in the medieval understanding of miracles. The desire to provide a more rational foundation to the Christian belief in miracles is linked to the rise of heresy and other forms of disbelief, and finally the application of the rules of evidence in the examination of miracles in the central Middle Ages is scrutinized. This absorbing book will appeal to scholars working in the fields of medieval history, religious and ecclesiastical history, canon law, and all those with an interest in hagiography.