[PDF] Masculinity, Anti-Semitism and Early Modern English Literature From the Satanic to the Effeminate Jew by Matthew Biberman | Perlego 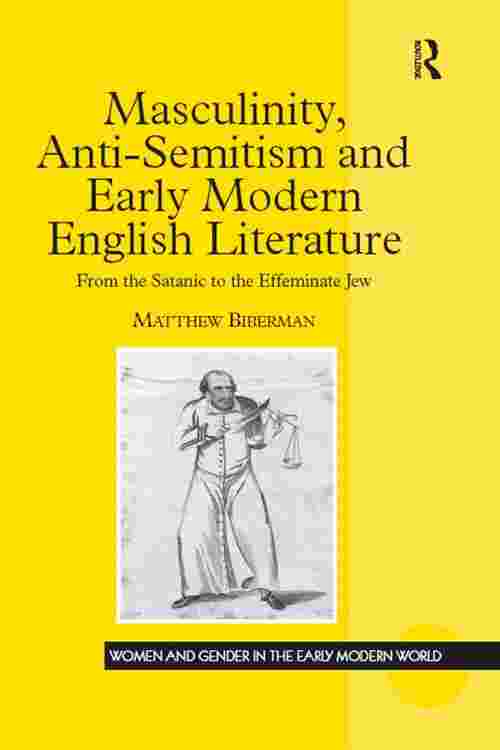 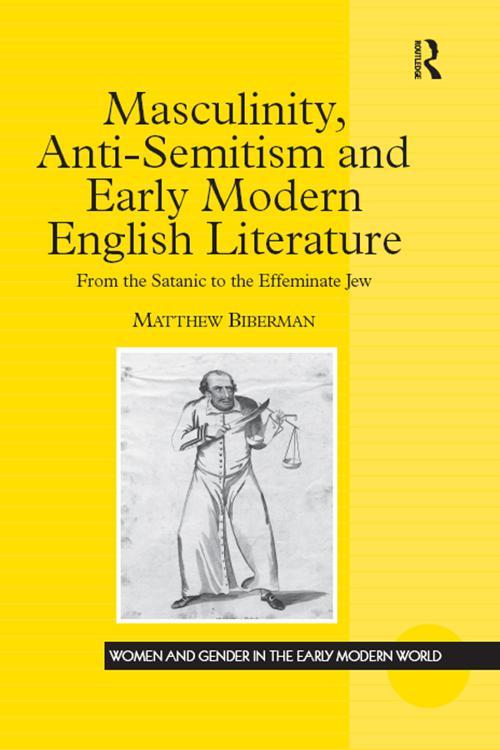 Offering a profound re-assessment of the conceptual, rhetorical, and cultural intersections among sexuality, race and religion in English Renaissance texts, this study argues that antisemitism is a by-product of tensions between received Classical conceptions of masculinity and Christianity's strident critique of that ideal. Utilizing works by Shakespeare, Milton, Marlowe and others, Biberman illustrates how modern antisemitism develops as a way to stigmatize hypermasculine behavior, thus facilitating the transformation of the culture's gender ideal from knight to businessman. Subsequently, the function of antisemitism changes, becoming instead the mark of effeminate behavior. Consequently, the central antisemitic image changes from Jew-Devil to Jew-Sissy. Biberman traces this shift's repercussions, both in renaissance culture and what followed it. He also contends that as a result of this linkage between Jewishness and the limits of masculine behavior, the image of the Jewish woman remains especially unstable. In concluding, Biberman argues that the Gothic resurrects the Jew-Devil (bequeathing it to the Nazis), and that the horror genre is often a rewriting of Renaissance discourse about Jews. In the course of making this larger argument, Biberman introduces a series of more limited claims that challenge the conventional wisdom within the field of literary studies. First, Biberman overturns the assumption that Jewishness and femininity are always associated in the cultural imagination of Western Europe. Second, Biberman provides the historical context needed to understand the emergence of the stereotype of the pathological Jewish woman. Third, Biberman revises the incorrect notion that divorce was not practiced in Renaissance England. Fourth, Biberman argues for the novel claim that serial monogamy in Western culture is a practice understood to possess a Jewish "taint." Fifth, Biberman contributes a major advance in scholarship devoted to T. S. Eliot, illustrating how Eliot's famous critical argument against Milton is an expression of his antisemitism, and a coherent compliment to the antisemitic touches in his poetry. Sixth, in his discussion of Gothic literature, Biberman introduces novel readings of Frankenstein and Dracula, persuasively arguing that Mary Shelley's monster bears the mark of the Jew according to modern antisemitic discourse; and that, in Stoker, both the vampire and the vampire-killer represent Jews executing a scenario of self-policing that was realized in the ghettos and the concentration camps. Biberman's final contribution in this study is to provide a definition for postmodern antisemitism and to apply it to various contemporary incidents, including September 11th and the Arab-Israeli conflict.