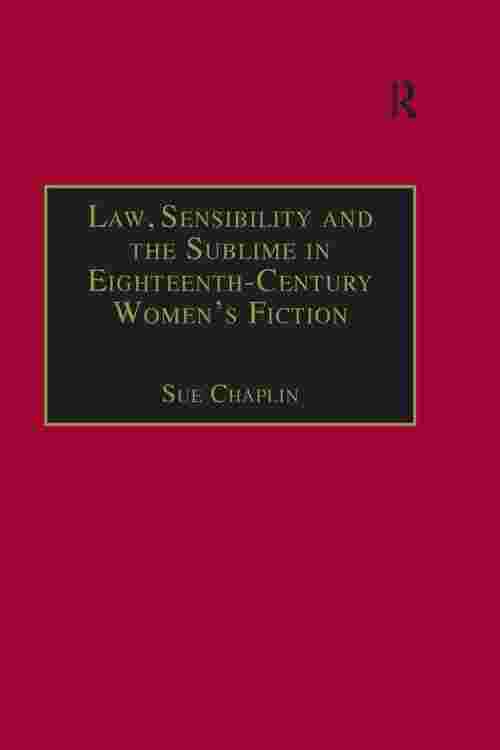 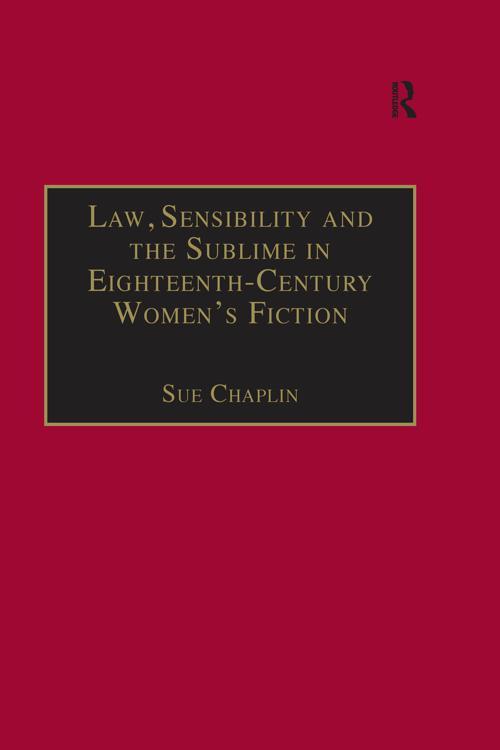 Law, Sensibility and the Sublime in Eighteenth-Century Women's Fiction

Law, Sensibility and the Sublime in Eighteenth-Century Women's Fiction

This work offers, firstly, a fresh historical, philosophical and cultural interpretation of the relation between the eighteenth-century discourse of sensibility, the sublime, and the theory and practice of eighteenth-century law. Secondly, the work exposes and explores the influence of this combination of discourses upon the formation of gender identities in this period. The author argues that it is only through a study of the convergence of these key eighteenth-century discourses that changing conceptualisations of femininity can fully be understood. Thirdly, it examines the presence, within eighteenth-century fiction by women, of a new female subject. Novels by women in this period, Chaplin posits, begin to reveal that the female subject position constructed through the discourses of law, sensibility and the sublime gives rise, for women, to a feminine ontological crisis that may be seen to anticipate by two hundred years the trauma of the 'post modern' male subject unable to present a unified subjectivity to himself or to the world. This feminine crisis finds expression within a range of female fiction of the mid-to-late eighteenth century - in Charlotte Lennox's anti-romance satire, Frances Sheridan's 'conduct-book' novels, the Gothic romances of Radcliffe and Eliza Fenwick and the sensationalistic horror fiction of Charlotte Dacre. Concentrating upon these writers, Chaplin argues that their works 'speak of dread' on behalf of women in this period and to varying degrees challenge discourses that construct femininity as a highly unstable, barely tenable subject position. Combining the works of Lyotard and Irigaray to formulate a new feminist reading of the eighteenth-century discourse of the sublime, this study offers fresh insights into the culture and politics of the eighteenth century. It presents highly original readings of well-known and lesser-known literary texts that interrogate from fresh perspectives the complex theoretical issues pertaining to