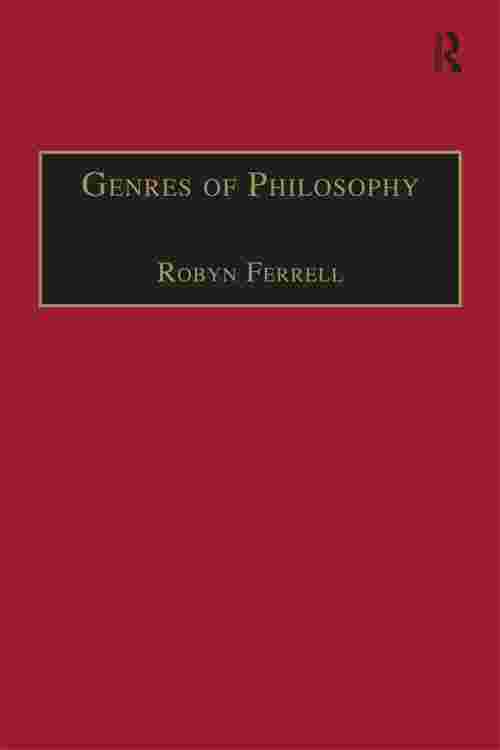 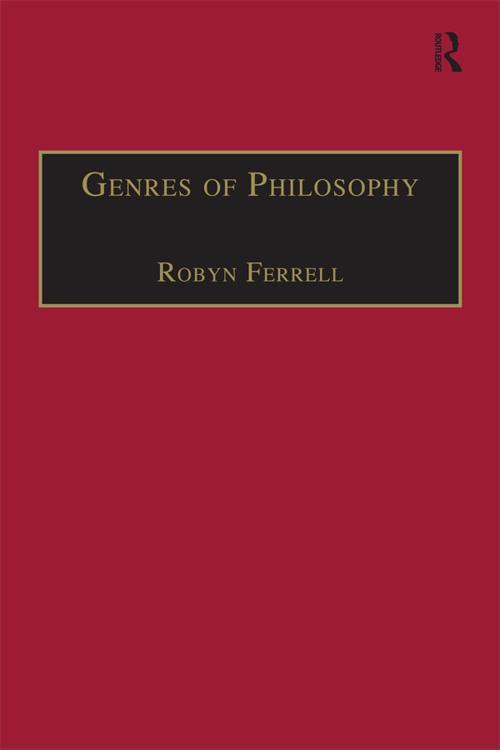 Philosophy is textual - it is written and it is read - yet today much of philosophy regards itself as a kind of science, sometimes reducing itself to a species of intellectual bureaucracy. It is important to see these qualities as having their own aesthetic. Even realism is a genre. The aesthetic of the empirical and the bureaucratic, the aesthetic of the rhapsodic and of the clinical... in each of these the genres of philosophy are as creative as they ever were. They are productive of worlds, not only worlds of thought, but 'real worlds' enabled by the technological and other changes that thought has envisaged. This book explores genres through the history of philosophy, providing new ways of thinking about philosophical writing. Exploring a wide range of both European and analytic philosophers and their works - including Plato, Aristotle, Hume, Kant, Nietzsche, Deleuze, Wittgenstein, Derrida and Rorty - Genres of Philosophy explores the reading and writing of philosophers who themselves read and write, revealing the textual relation to the history of philosophy. While the focus of the book is in aesthetics, Ferrell reveals that the interest in philosophy's writing turns out to be a metaphysical question. The question becomes one of evaluating the ontological basis for writing - its subject and its means of expression - within a world of thought which is presently captivated by a particular aesthetic, that of the empiricist. Presenting fresh readings of classic texts in aesthetics, and offering an original approach to the question of philosophical writing, this unique analysis will prove of particular interest to readers in European philosophy, the history of philosophy, aesthetics, and literary studies.