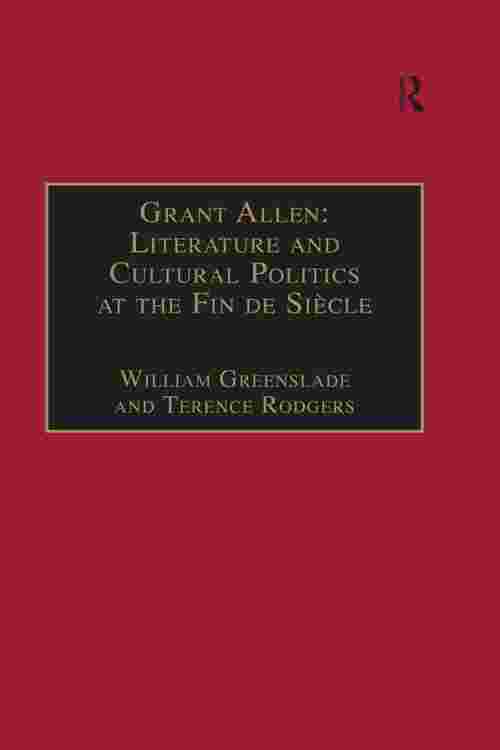 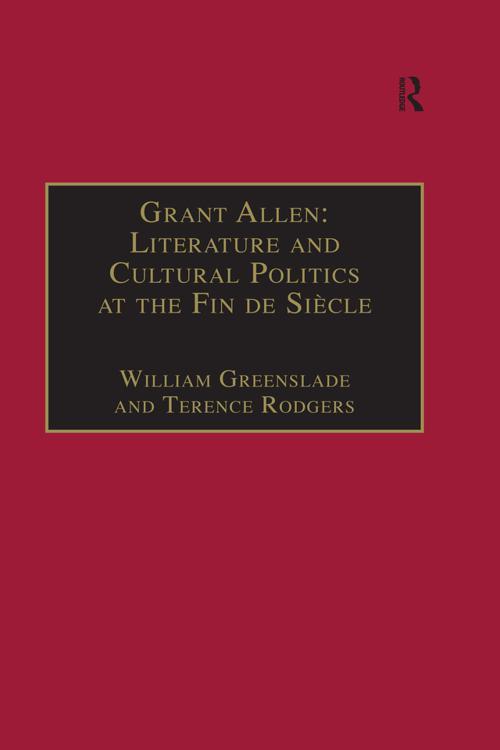 A strikingly interdisciplinary figure in Victorian literary history, Grant Allen (1848-1899) has thus far managed to elude the focused scrutiny of contemporary scholarship. This collection offers a valuable analytical and bibliographical resource for the exploration of the man and his work. Grant Allen was a prolific novelist, essayist, and man of letters, who is best remembered today for his The Woman Who Did (1895), which gained fame and notoriety almost overnight through its exploration of female independence and sexuality outside marriage, precipitating rabid denunciations of the 'new woman.' Allen engaged with a span of literary and cultural concerns in the late-Victorian period that extended beyond gender politics, however; equally important was his sustained intervention in debates about Darwinism, Spencerism, and evolution, on which subjects he was recognized as an authority and as the foremost popularizer alongside T. H. Huxley and Benjamin Kidd. Not only did Allen's work link the literary and the scientific, it traversed the boundaries between elite and popular culture, demonstrating their interconnectedness. This was notable in his travel and environmental writings and in his experiments in orientalist and detective fiction, fantasy, and science fiction. The contributors to this collection approach the figure of Allen from diverse fields within Victorian studies, showing him to be a late-Victorian innovator but also an example of fin-de-siècle modernity. Grant Allen: Literature and Cultural Politics at the Fin de Siècle revisits the richly variegated profile of one of the most intriguing and significant polymaths of the turn of the century, recognizing his contribution to and influence on the key modernizing debates of the period.