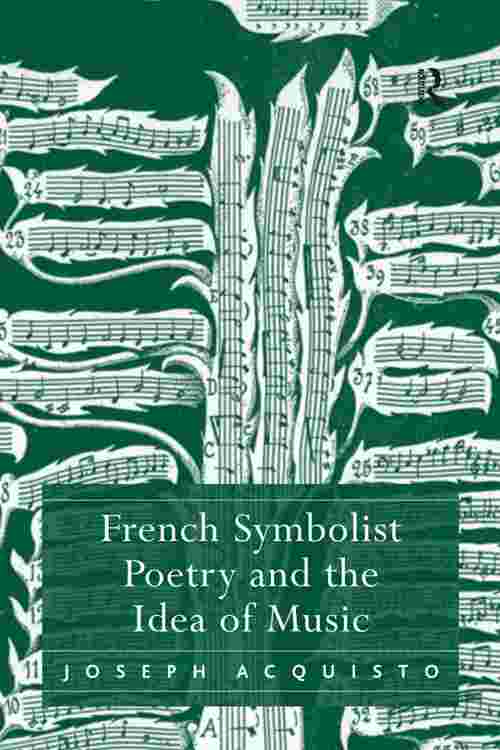 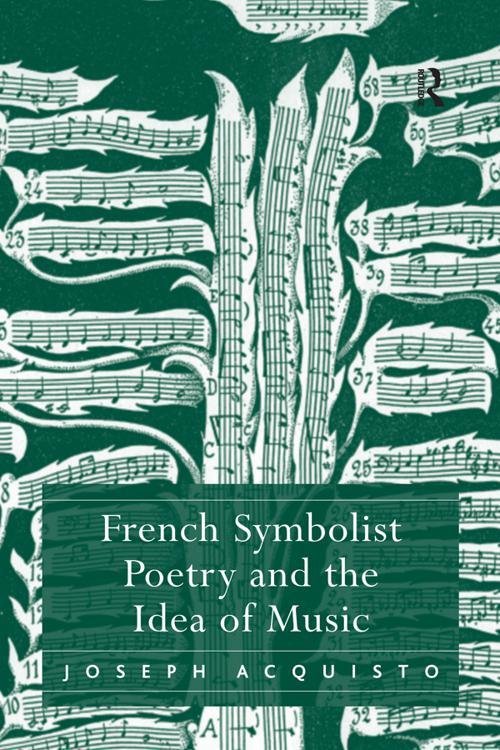 French Symbolist Poetry and the Idea of Music

French Symbolist Poetry and the Idea of Music

What role did music play in the creation of a new aesthetics of poetry in French from the 1860s to the 1930s? How did music serve as an unassimilable 'other' against which the French symbolist poets crafted a new poetics? And why did music gradually disappear from early twentieth-century poetic discourse? These are among the questions Joseph Acquisto poses in his lively study of the ways in which Baudelaire, Mallarmé, Ghil, and Royère question the nature and function of the lyric through an ever-shifting set of intertextual and cultural contexts. Rather than focusing on 'musicality' in verse, the author addresses the consequences of choosing music as a site of dialogue with poetry. Acquisto argues that memory plays an under acknowledged yet vital role in these poets' rewriting of symbolist poetics. His reading of their interactions, and his focus on both major and neglected poets, exposes the myth of a small handful of 'great authors' shaping symbolism while a host of disciples propagated the tradition. Rather, Acquisto proposes, the multiplicity of authors writing and rewriting symbolism invites a dialogic approach to the poetics of the period. Moreover, music, as theorized rather than performed or heard, serves as a privileged mobile space of poetic creation and dialogue for these poet-critics; it is through engagement with music, supposedly the purest or most abstract of the arts, that one can retrace the textual and cultural transformations accomplished by the symbolist tradition. By extension, these poets' rethinking of poetics is an occasion for present-day critics to re-examine assumptions, not only about the intersections of music and poetry and our understanding of symbolist poetics but also about the role that the aesthetic implicitly plays in the creation, preservation, or reshaping of cultural memory.