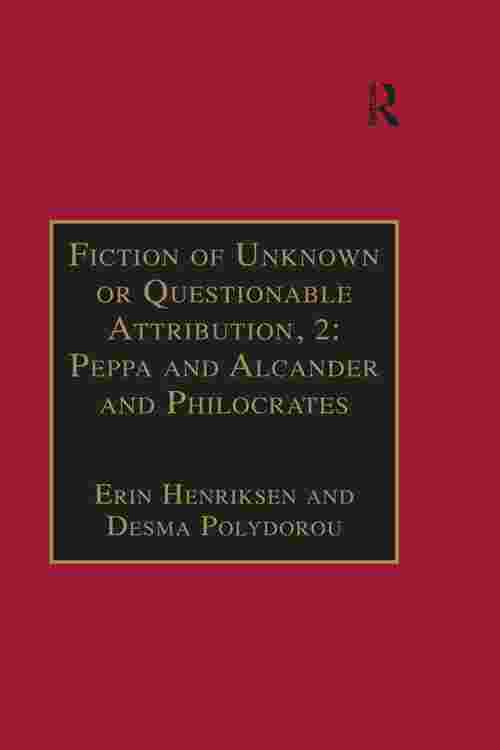 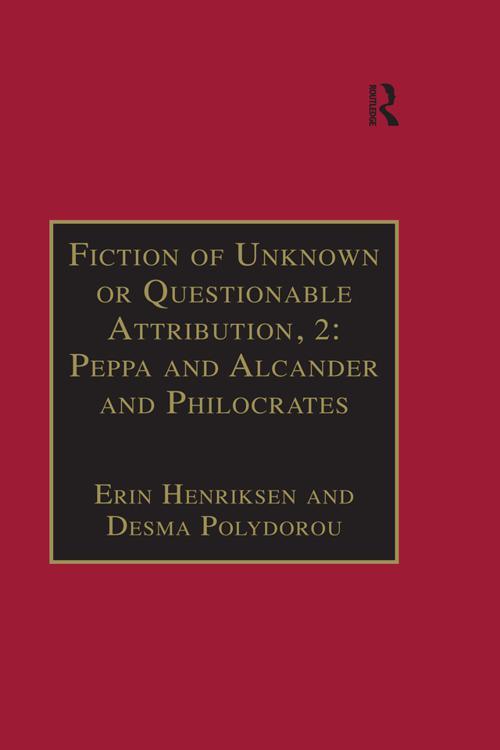 Fiction of Unknown or Questionable Attribution, 2: Peppa and Alcander and Philocrates

Fiction of Unknown or Questionable Attribution, 2: Peppa and Alcander and Philocrates

The second of two volumes of 'Fiction of unknown or questionable authorship, 1641-1700, ' this volume presents in facsimile two seventeenth-century novels, Alcander and Philocrates: Or, The Pleasures and Disquietudes of Marriage. A Novel. Written by a Young Lady (1696) and Peppa, or The Reward of Constant Love a novel: done out of French: with several songs set to musick for two voices / by a young-gentlewoman (1689). The first of these is an original, unattributed work written in English; the second is a translation from the French for which there is some evidence of a female translator. An original introduction to the volume provides information about the content of each novel; what the authors have discovered about each work's publication and authorship; and the physical copies of the seventeenth century books from which the facsimiles are taken.