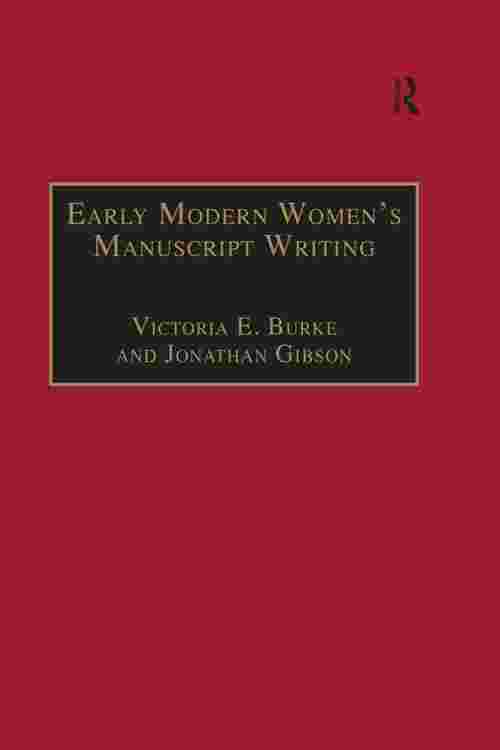 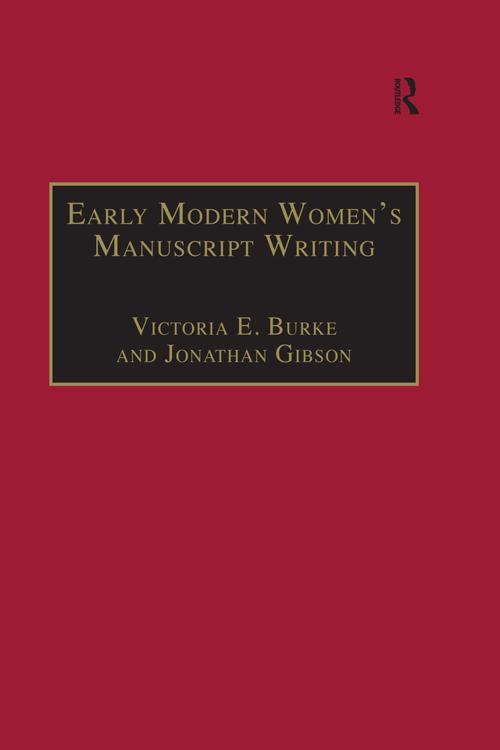 Because print publishing was often neither possible nor desirable for women in the early modern period, in order to understand the range of writing by women and indeed women's literary history itself, it is important that scholars consider women's writing in manuscript. Since the body of critical studies on women's writing for the most part prioritizes print over manuscript, this essay collection provides an essential corrective. The essays in this volume discuss many of the ways in which women participated in early modern manuscript culture. The manuscripts studied by the contributors originated in a wide range of different milieux, including the royal Court, the universities, gentry and aristocratic households in England and Ireland, and French convents. Their contents are similarly varied: original and transcribed secular and devotional verse, religious meditations, letters, moral precepts in French and English, and recipes are among the genres represented. Emphasizing the manuscripts' social, political and religious contexts, the contributors challenge commonly held notions about women's writing in English in the early modern period, and bring to light many women whose work has not been considered before.