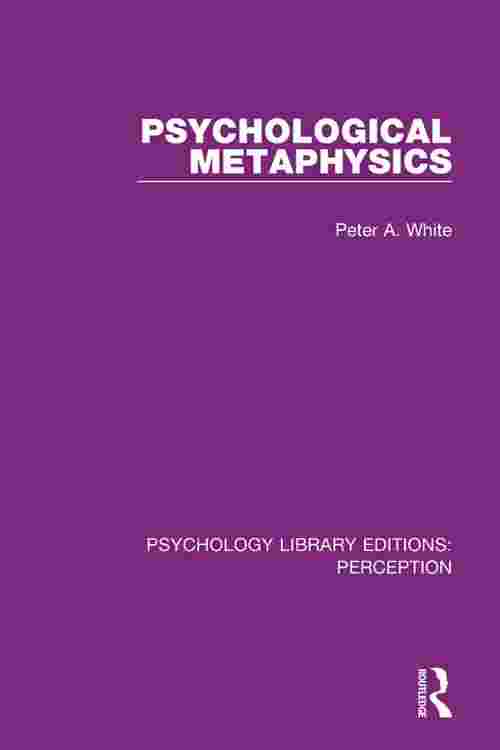 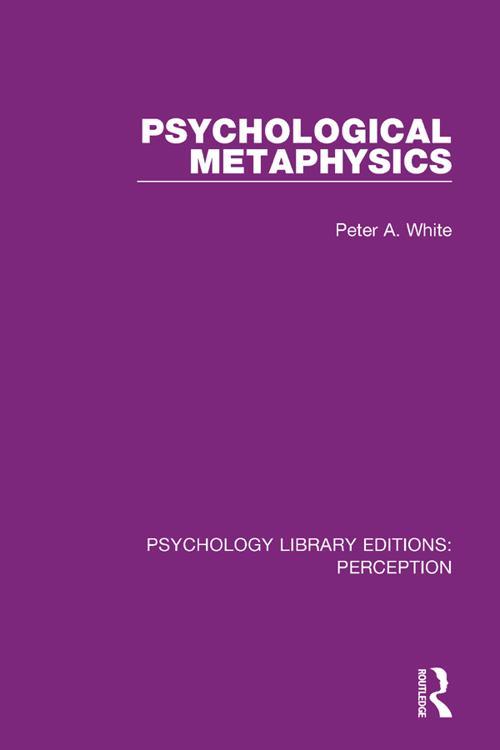 The research literature on causal attribution and social cognition generally consists of many fascinating but fragmented and superficial phenomena. These can only be understood as an organised whole by elucidating the fundamental psychological assumptions on which they depend. Originally published in 1993, Psychological Metaphysics is an exploration of the most basic and important assumptions in the psychological construction of reality, with the aim of showing what they are, how they originate, and what they are there for.

Peter A. White proposes that people basically understand causation in terms of stable, specific powers of things operating to produce effects under suitable conditions. This underpins an analysis of people's understanding of causal processes in the physical word and of human action, which makes a radical break with the Heiderian tradition.

Psychological Metaphysics suggests that causal attribution is in the service of the person's practical concerns and any interest in accuracy or understanding is subservient to this. A notion of regularity in the world is of no more than minor importance in causal attribution, and social cognition is not so much a matter of cognitive mechanisms or processes but more of cultural ways of thinking imposed upon tacit, unquestioned, universal assumptions.

Psychological Metaphysics incorporates not only research and theory in social cognition and developmental psychology, but also philosophy and the history of ideas. It will be challenging to everyone interested in how we try to understand the world.