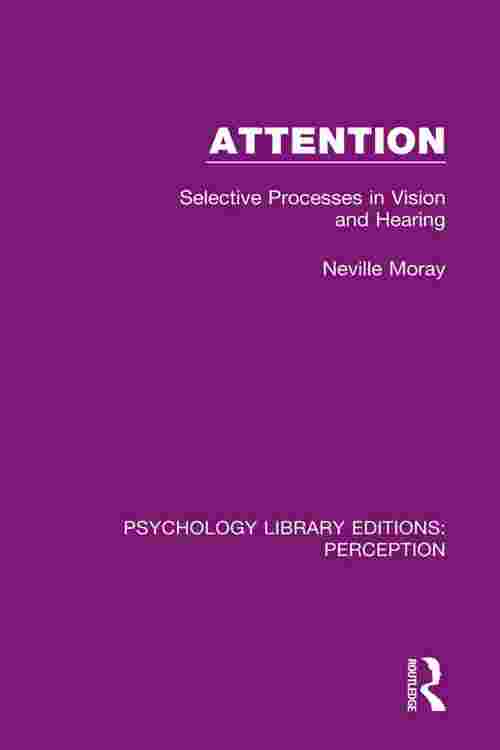 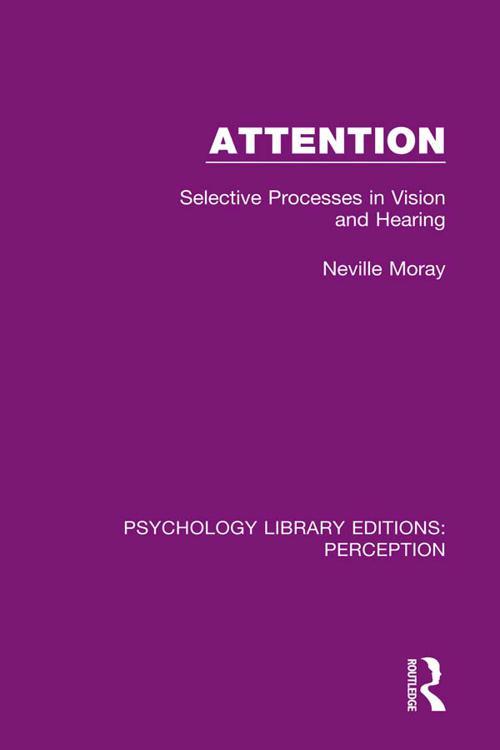 The early years of modern experimental psychology were marked by a considerable amount of research on attention, and much work was carried out in the laboratories of Wundt, Titchener and Helmholtz.

For various reasons, research on attention declined from 1920 until the 1950s. Under the early philosophy of behaviourism, attention became suspect as a 'mentalistic' concept. At the time of original publication in 1969, however, much work had been done to quantify and make objective research in this area. This was of increasing importance in a world dominated by communication networks, and 'man-machine' systems, in which the human element is the weakest link due to the limits on the rate at which man can handle information.

Following the publication of Broadbent's Perception and Communication in 1958, work on attention had begun to pour from an ever increasing number of laboratories. This book is dedicated to summarising what we knew, and attempts to survey the behavioural research in vision and hearing which throw light on how we share and direct attention, what are the limits of attention, to make some general methodological recommendations, to review current theories of the time, and to provide a guide to the relevant physiological work. As far as possible, work on memory has been omitted. A bibliography of the major work to the spring of 1969 is included.