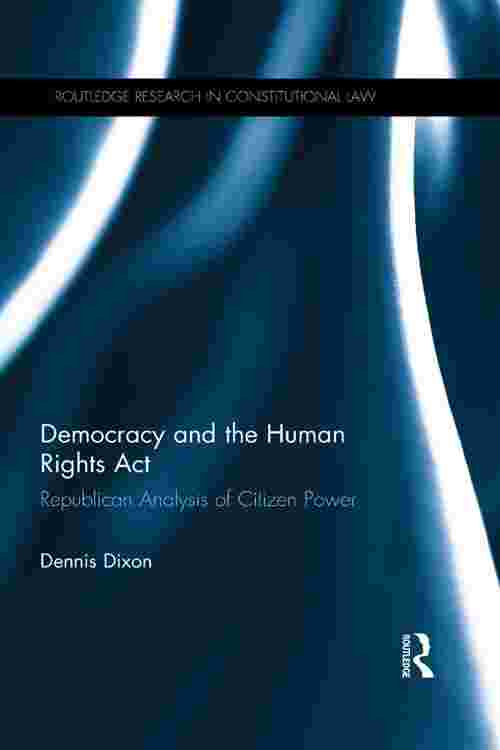 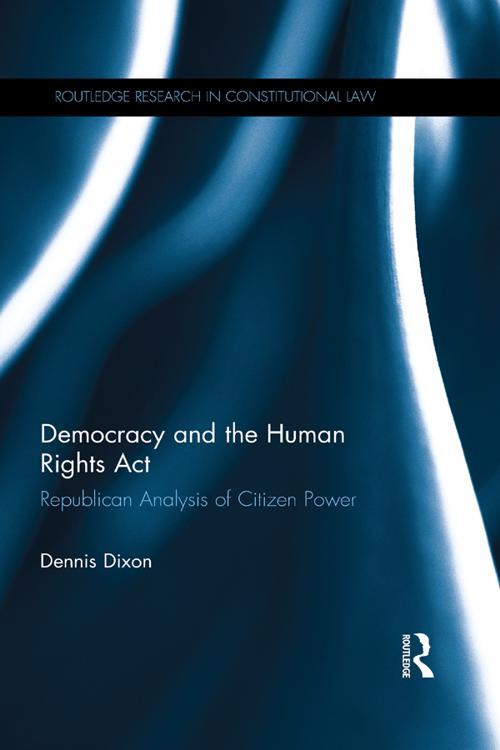 Democracy and the Human Rights Act

Democracy and the Human Rights Act

This book discusses the extent to which the UK Human Rights Act successfully balances protection of rights and democracy. It is generally accepted that the Act prevents government from violating fundamental rights, but the extent to which the Act can legitimately beoverridden as a result of public opinion and participation is less clear.

The work considers the Act's effect on this popular element of the British Constitution. It uses analytical tools from republican political theory to explore the claim that the Act achieved a reconciliation between the protection of rights and democracy. In particular, it employs republican analysis of domination to consider how the Human Rights Act could operate so that public opinion invigilates legislative responses to judicial decisions. The key question is whether judicial decisions under the Human Rights Act serve to 'remove, reduce or replace' opportunities for the electorate to control judicial decision-making, remembering always that the electorate is seldom engaged in politics, but should it choose to, its ability to do so is at the heart of democracy. Thestudy alsoexamines the difficulty of isolating national constitutional forms where bills of rights are internationalised as with the European Convention on Human Rights.

The book will be a valuable resource for students and academics researching constitutional legal theory and comparative constitutional law. While the focus is on the UK HRA, broader theoretical issues of constitutional review will have significant international interest and relevance to domestic debates on a British Bill of Rights.