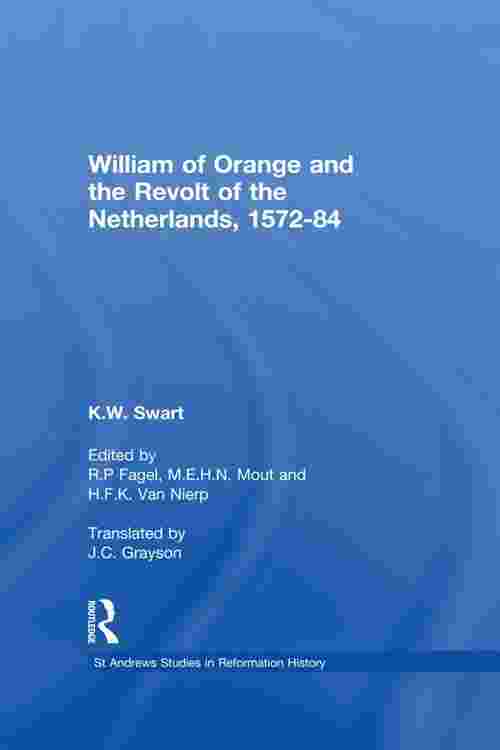 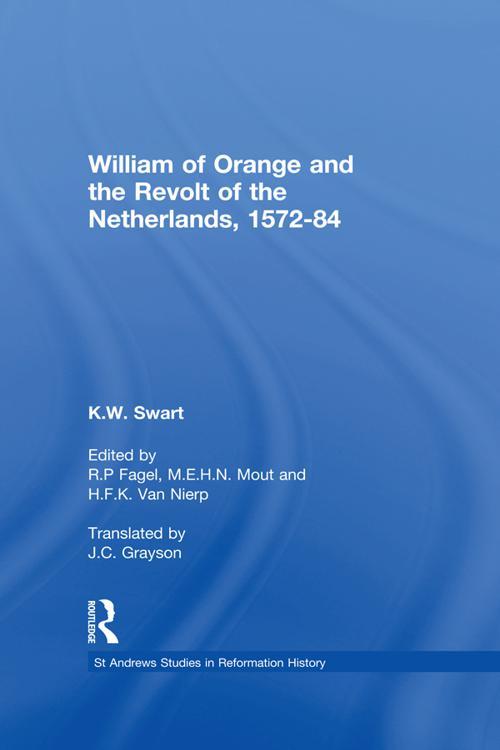 William of Orange and the Revolt of the Netherlands, 1572-84

William of Orange and the Revolt of the Netherlands, 1572-84

The figure of Prince William of Orange (1572-84) dominates the political landscape of the sixteenth century Netherlands, and in many ways personifies the Dutch revolt against Spanish hegemony. Yet despite the European significance of his struggle, there has not been a major English-language study of William since C.V. Wedgwood's biography published in 1944. As such, scholars will welcome this publication of Koen Swart's distinguished and authoritative biography of the first of the hereditary stadholders of the United Provinces. Originally available only in Dutch, this edition provides an English speaking audience for the first time with a detailed account of William's role in the Dutch Revolt that reflects the vast amount of scholarship undertaken in the field of European political and religious history over the last few decades. In the book, Swart explores the means by which William established his rule in Holland and Zeeland in the 1570s, and provides an analysis of William's relations with the provincial states, the States-General and the towns, and the creation of a new system of government and finance. Within this framework of national history, he is always careful to locate the subject in its broad international context, thus adding to our wider understanding of this turbulent period. Moreover, Swart avoids the uncritical glorification of William evident in some previous works, and asks searching and pertinent questions concerning the wisdom of William's decisions, such as that to break up the pre-1572 unity of the Habsburg Netherlands. In so doing, Swart provides a much more balanced view than has hitherto been available, that not only takes Protestant views into account, but also contemplates the Revolt form the perspective of the Catholic population, and shows sympathy for Charles V's and Philip II's predicament. In so doing, this book provides the most important revision of William for a century, and will undoubtedly have repercussions upon many studying the history of Europe in the age of Reformations. Published posthumously, this book also includes introductory material written by leading scholars H.F.K. van Nierop, M.E.H.N. Mout, J. Israel and A.C. Duke.