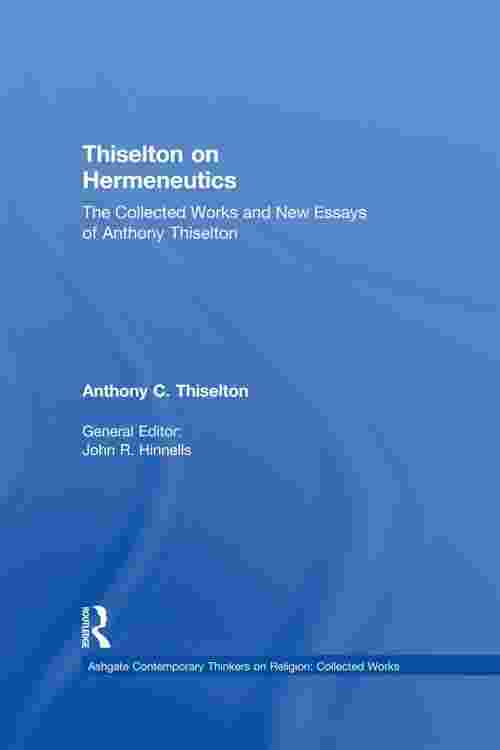 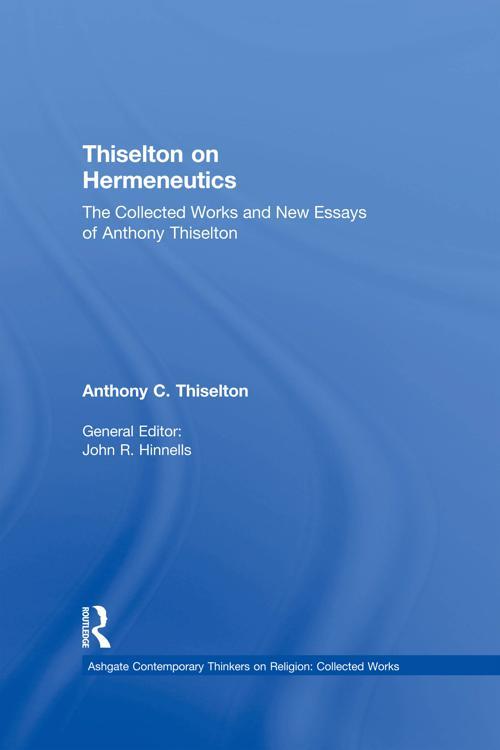 Hermeneutics is an interdisciplinary study of how we interpret texts, especially biblical texts, in the light of theories of understanding in philosophy, meaning in literary theory, and of theology. This volume brings together the seminal thought of a leading contemporary pioneer in this field. Thiselton's The Two Horizons was a classic on how horizons of biblical texts engage creatively with the horizons of the modern world. The author's later New Horizons in Hermeneutics explored still more deeply the transforming capacities of biblical texts, while his massive commentary on 1 Corinthians interpreted an epistle. This volume collects many of Anthony Thiselton's more notable writings from some seven books and 70 articles, to which he adds his own re-appraisals of earlier work. It uniquely expounds the thought of a major contemporary British theologian through his own words, and includes his own critical assessments.