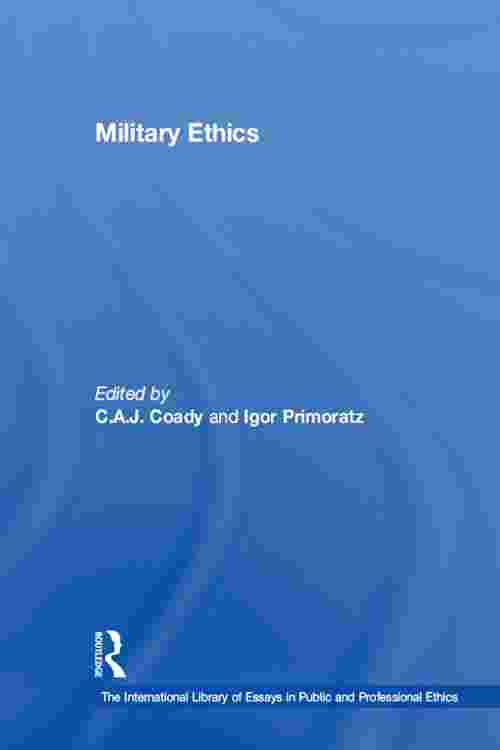 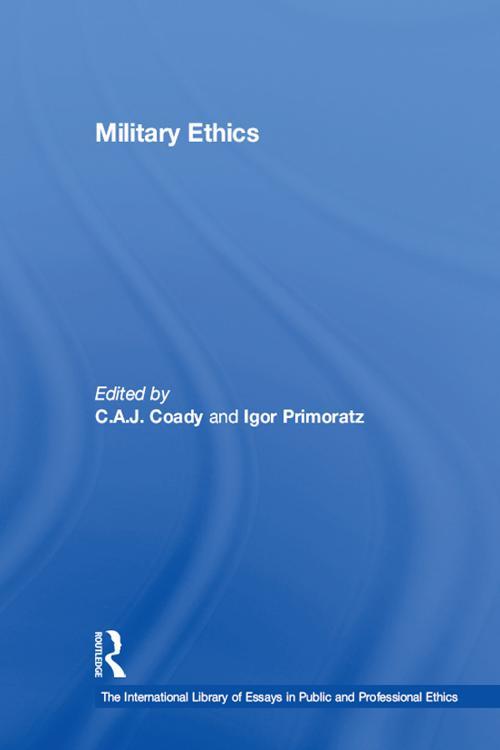 Recent developments such as the 'new wars' or the growing privatisation of warfare, and the ever more sophisticated military technology, present the military with difficult ethical challenges. This book offers a selection of the best scholarly articles on military ethics published in recent decades. It gives a hearing to all the main ethical approaches to war: just war theory, consequentialism, and pacifism. Part I includes essays on justice of war (jus ad bellum), focussing on defence against aggression and humanitarian armed intervention, but also addressing topics such as conscientious objection and the relation of patriotism to war. Articles in Part II deal with the central problems of justice in war (jus in bello): civilian immunity and 'collateral damage' to civilian life and property. Essays in Part III look into the moral issues facing the military as a profession, such as the civil - military relations, the responsibilities of officers to their soldiers and to their military superiors, and the status and responsibilities of prisoners of war.