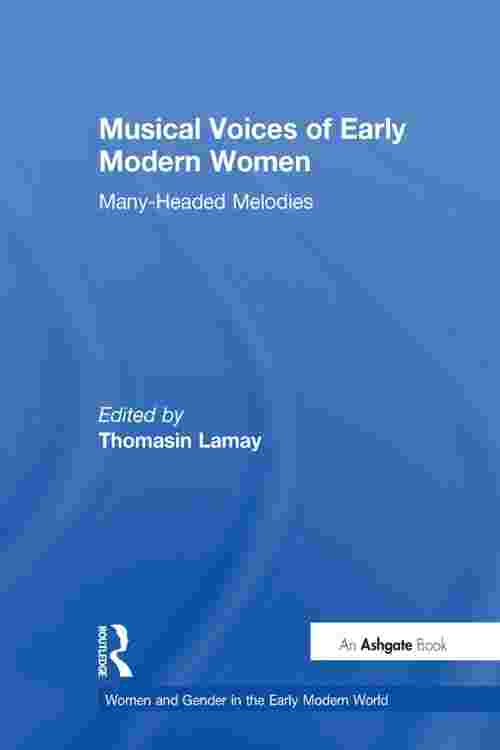 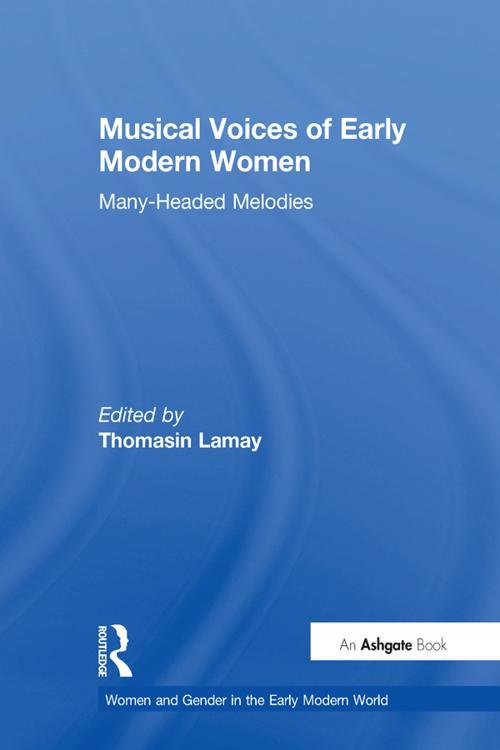 Recent scholarship has offered a veritable landslide of studies about early modern women, illuminating them as writers, thinkers, midwives, mothers, in convents, at home, and as rulers. Musical Voices of Early Modern Women adds to the mix of early modern studies a volume that correlates women's musical endeavors to their lives, addressing early modern women's musical activities across a broad spectrum of cultural events and settings. The volume takes as its premise the notion that while women may have been squeezed to participate in music through narrower doors than their male peers, they nevertheless did so with enthusiasm, diligence, and success. They were there in many ways, but as women's lives were fundamentally different and more private than men's were, their strategies, tools, and appearances were sometimes also different and thus often unstudied in an historical discipline that primarily evaluated men's productivity. Given that, many of these stories will not necessarily embrace a standard musical repertoire, even as they seek to expand canonical borders. The contributors to this collection explore the possibility of a larger musical culture which included women as well as men, by examining early modern women in "many-headed ways" through the lens of musical production. They look at how women composed, assuming that compositional gender strategies may have been used differently when applied through her vision; how women were composed, or represented and interpreted through music in a larger cultural context, and how her presence in that dialog situated her in social space. Contributors also trace how women found music as a means for communicating, for establishing intellectual power, for generating musical tastes, and for enhancing the quality of their lives. Some women performed publicly, and thus some articles examine how this impacted on their lives and families. Other contributors inquire about the economics of music and women, and how in different situations some women may have been financially empowered or even in control of their own money-making. This collection offers a glimpse at women from home, stage, work, and convent, from many classes and from culturally diverse countries - including France, Spain, Italy, England, Austria, Russia, and Mexico - and imagines a musical history centered in the realities of those lives.