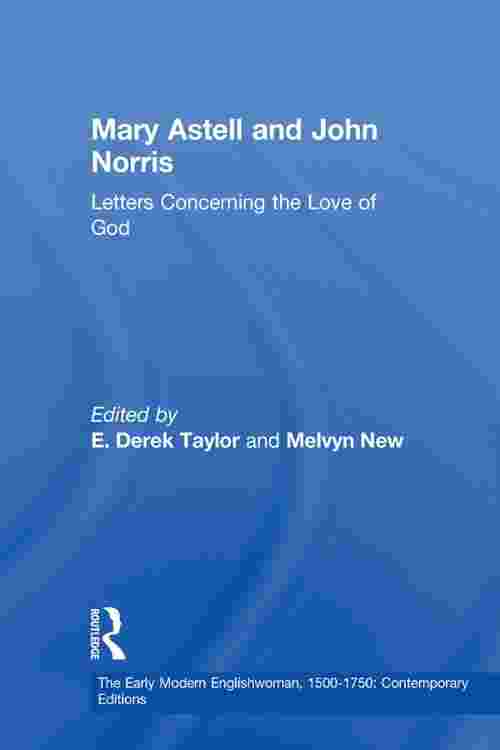 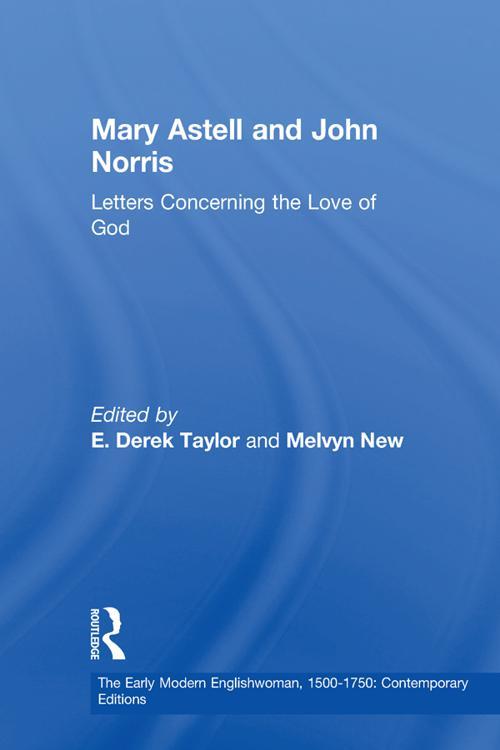 Given the progress made in recent years in recovering the writings of early modern women, one might expect that a complete set of the important works of Mary Astell (1666-1731) would have been reissued long before now. Instead, only portions of the thought of the 'First English Feminist' have reached a wide academic audience. This volume presents a critical and annotated edition of the correspondence between Astell and John Norris of Bemerton (1657-1711), Letters Concerning the Love of God, which was published in three separate editions during the seventeenth and eighteenth centuries (1695, 1705, 1730). This work had profound significance in eighteenth-century intellectual and religious circles, and represents a crucial step in the development of Norris and Astell's philosophical and theological opposition to that most prominent of Enlightenment figures, John Locke. Letters Concerning the Love of God includes, as contextual material, Norris's Cursory Reflections upon a Book Call'd, An Essay Concerning Human Understanding (1690), the first published philosophical response to (as Bishop Stillingfleet would later put it) Locke's 'new way of ideas, ' and Astell's biting and comprehensive attack on Locke in the 'Appendix' to the second edition of The Christian Religion, As Professed by a Daughter of the Church of England (1717). These texts serve to place both Letters and its authors in the contentious philosophical-theological climate to which they belonged, one wherein, most significantly, Locke's present-day preeminence had yet to be realized. The editors' extensive introduction and annotations to this volume not only provide background on the historical and biographical elements, but also elucidate philosophical and theological concepts that are perhaps unfamiliar to modern readers.