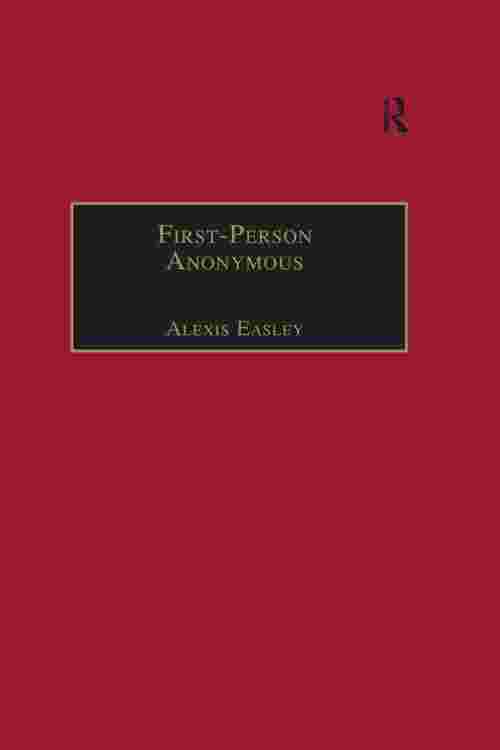 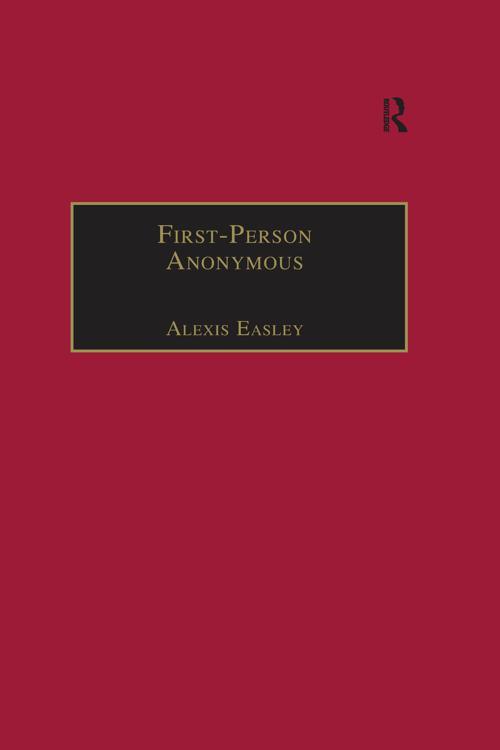 First-Person Anonymous revises previous histories of Victorian women's writing by examining the importance of both anonymous periodical journalism and signed book authorship in women's literary careers. Alexis Easley demonstrates how women writers capitalized on the publishing conventions associated with signed and unsigned print media in order to create their own spaces of agency and meaning within a male-dominated publishing industry. She highlights the importance of journalism in the fashioning of women's complex identities, thus providing a counterpoint to conventional critical accounts of the period that reduce periodical journalism to a monolithically oppressive domain of power relations. Instead, she demonstrates how anonymous publication enabled women to participate in important social and political debates without compromising their middle-class respectability. Through extensive analysis of literary and journalistic texts, Easley demonstrates how the narrative strategies and political concerns associated with women's journalism carried over into their signed books of poetry and prose. Women faced a variety of obstacles and opportunities as they negotiated the demands of signed and unsigned print media. In investigating women's engagement with these media, Easley focuses specifically on the work of Christian Johnstone (1781-1857), Harriet Martineau (1802-76), Elizabeth Gaskell (1810-65), George Eliot (1819-80), and Christina Rossetti (1830-94). She provides new insight into the careers of these authors and recovers a large, anonymous body of periodical writing through which their better known careers emerged into public visibility. Since her work touches on two issues central to the study of literary history - the construction of the author and changes in media technology - it will appeal to an audience of scholars and general readers in the fields of Victorian literature, media studies, periodicals research, gender studies, and nineteenth-century