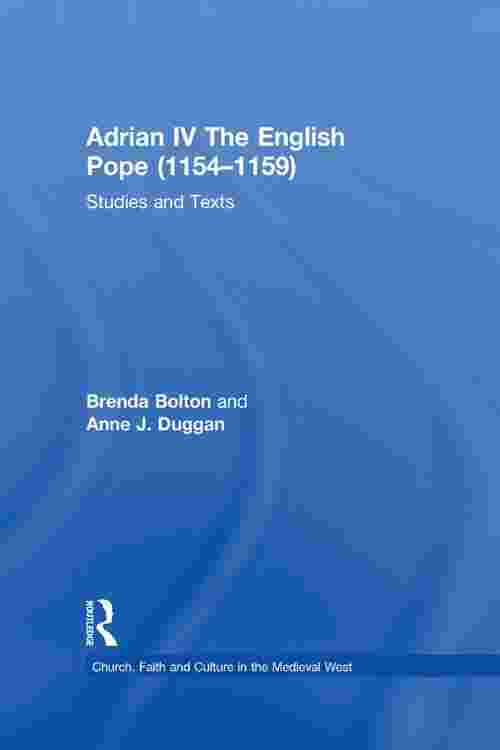 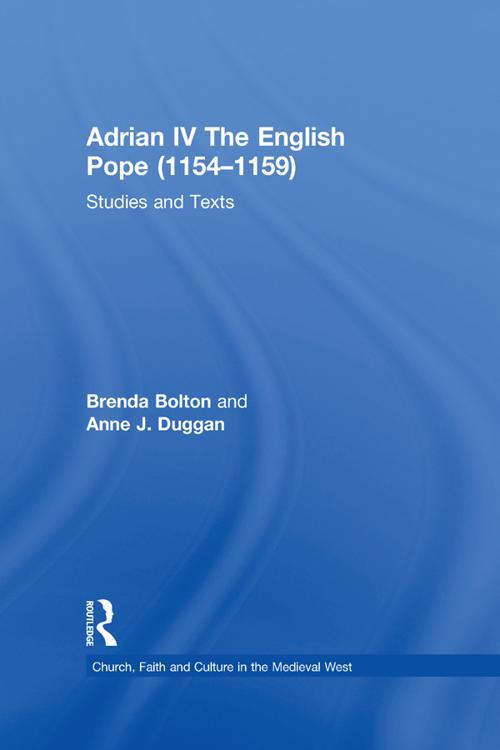 The year 2000 witnessed the 900th anniversary of the birth of Adrian IV, the only Englishman to sit on the papal throne. His short pontificate of four and a half years, distracted by crisis and controversy and followed as it was by an 18-year schism, could be judged a low point in the history of the papacy. The studies in this book challenge the view that Adrian was little more than a cipher, the tool of powerful factions in the Curia. This is the first large-scale work on Adrian since 1925, and is supported by a substantial appendix of relevant sources and documents in facing translation. Relations with the Empire, the Norman kingdom and the Patrimony are all radically reassessed and the authenticity of 'Laudabiliter' reconsidered. At the same time, the spiritual, educational and devotional contexts in which he was operating are fully assessed; his activities in Catalonia and his legatine mission to Scandinavia are examined in the light of recent research, and his special relationship with St Albans is explored through his privileges to this great abbey. These studies by leading scholars in the field, together with the introductory chapter by Christopher Brooke, reveal an active and engaged pope, reacting creatively to the challenges and crises of the Church and the world.