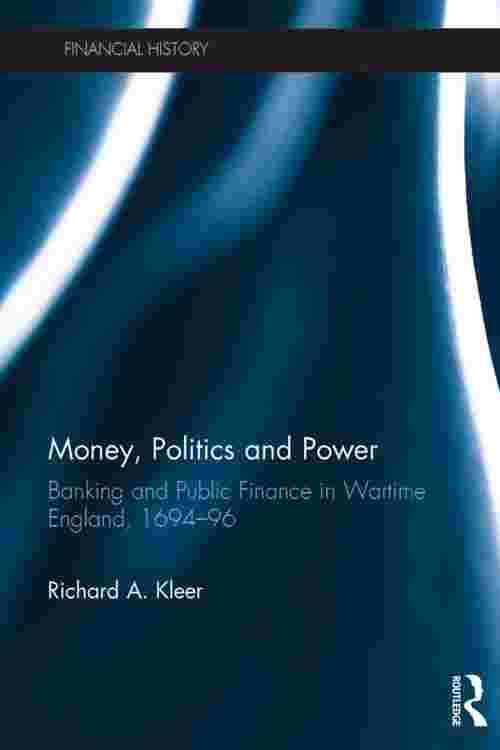 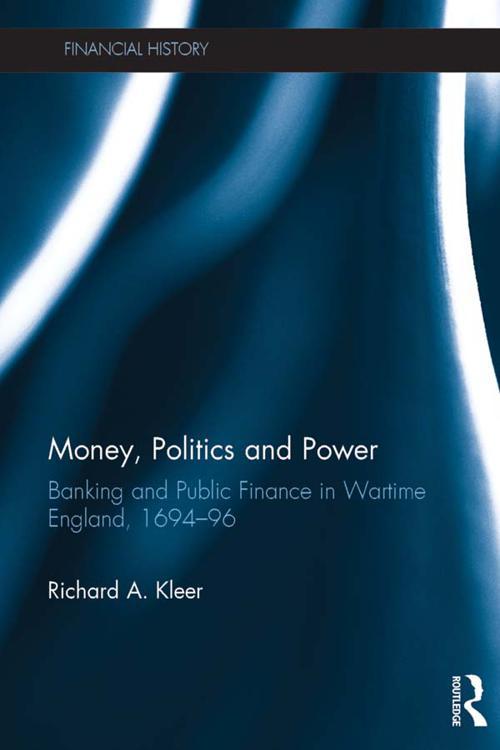 The Nine Years' War with France was a period of great institutional innovation in public finance and of severe monetary turmoil for England. It saw the creation of the Bank of England; a sudden sharp fall in the external value of the pound; a massive undertaking to melt down and recoin most of the nation's silver currency; a failed attempt to create a National Land Bank as a competitor to the Bank of England; and the ensuing outbreak of a sharp monetary and financial crisis.

Histories of this period usually divide these events into two main topics, treated in isolation from one another: the recoinage debate and ensuing monetary crisis and a 'battle of the banks'. The first is often interpreted as the pyrrhic victory of a creditor-dominated parliament over the nation's debtors, one that led very predictably to the ensuing monetary crisis. The second has been construed as a contest between whig-merchant and tory-gentry visions of the proper place of banking in England's future. This book binds the two strands into a single narrative, resulting in a very different interpretation of both. Parliamentary debate over the recoinage was superficial and misleading; beneath the surface, it was just another front for the battle of the banks. And the latter had little to do with competing philosophies of economic development; it was rather a pragmatic struggle for profit and power, involving interlocking contests between two groups of financiers and two sets of politicians within the royal administration. The monetary crisis of summer 1696 was not the result of poor planning by the Treasury; rather it was a continuation of the battle of the banks, fought on new ground but with the same ultimate intent – to establish dominance in the lucrative business of private lending to the crown.