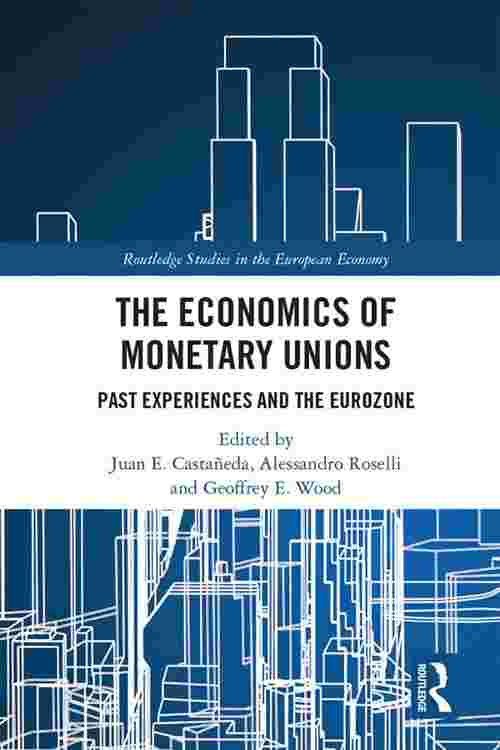 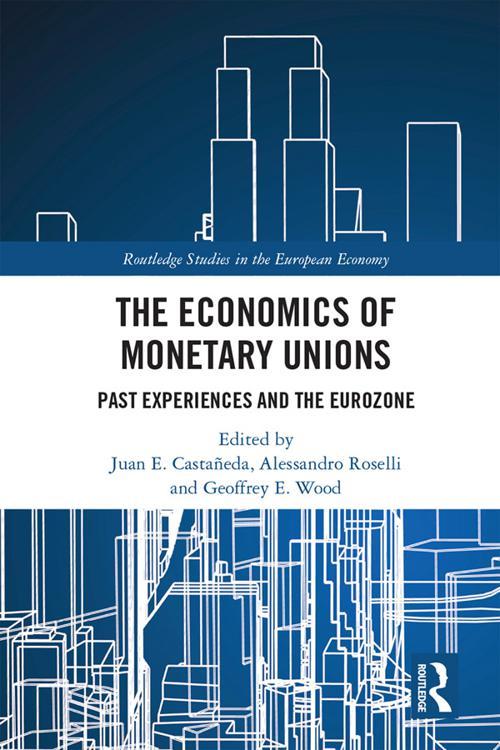 In this book, a historical analysis of the precedents of the euro is examined within the context of the current issues affecting the Eurozone and the long-term effects of the institutional changes implemented since 2010.

The book begins by placing the Eurozone challenges in the historical context of previous monetary unions, drawing on the experience of the gold standard. It then specifically focuses on the problems arising from the running of permanent trade imbalances within the Eurozone. The authors explore the advantages and disadvantages of being a member of the Eurozone and attempt to measure the optimality of a currency area by the calculation of an index on internal macroeconomic asymmetries. They address the proposals recently made in favour of a fiscal union in the Euro zone; including the economic and political feasibility of fiscal transfers in the Eurozone. The final two papers discuss whether the monetary union is in fact more than just that, and whether it will lead inevitably to some form of political union if it is to survive.

With chapters by leading experts from both Europe and the UK, this book will appeal to students in Economics, Finance, Politics, EU integration and European studies; as well as academics and professional economists doing research in EU integration, the Euro zone, monetary history and monetary and banking unions in Europe, the UK and elsewhere.

The first two papers constitute attempts to learn from a previous union, the gold standard.10 The authors of the first paper (Guillaume Bazot, Eric Monnet and Matthias Morys) remark on similarities between the eurozone and the gold standard: fixed exchange rates and free capital movements, with a consequent lack of autonomous monetary policies. However, under the gold standard these conditions did not prevent central banks from acting as a buffer to preserve financial stability, a role carried out today by the European Central Bank (ECB) through a range of measures.
Central banks avoided symmetrical behaviour through managing their balance sheets, and sometimes using international loans. They reacted to asymmetric shocks, offsetting them by producing negative correlation between the domestic and foreign components of the balance sheet, and by restrictions to banknotes’ convertibility into gold (a form of capital control). The gold standard “rules of the game” – gold convertibility, changes in the money supply in the same direction as changes in the international reserves – were not rigidly followed.
The effects of these policies are measured by observing the central banks’ reaction to changes in the discount rate of the Bank of England, the system’s pivot.11
In particular, the core countries (Germany, France) adopted systematic sterilization policies, opposite to what the rules of the game would have suggested (for instance, by expanding the domestic “portfolio” in case of contraction of the foreign reserves), in this way stabilizing the money supply; while peripheral countries (such as Italy) relied on capital controls through convertibility restrictions (again, not following the rules of the game). In addition, as mentioned earlier, central bank cooperation acted through international loans (as that of the Banque de France to the Bank of England during the Barings crisis of 1890). This flexibility can explain the stability of the classical – pre-WWI – gold standard.
In today’s eurozone, the ECB uses versions of these operations to maintain financial stability, countering a very asymmetric distribution of loans and trying to stabilize interest rates, through macroprudential measures such as long-term refinancing operations or Emergency Liquidity Assistance, or – as a last resort – temporary capital controls. All measures, however, that cannot solve chronic current account imbalances. The authors conclude that lessons have plainly been learned from the gold standard, but that whether they are sufficient is for discussion.
The next paper, by Juan E. Castañeda, Alessandro Roselli and Simeng He, further pursues comparisons with the gold standard. The recent (2010–2012) crisis in the eurozone has revived discussions on the adoption of policies symmetric between creditors and debtors and aimed at preventing fundamental disequilibria within systems characterized by fixed exchange rates among different currencies, or in a monetary union where a single currency has replaced the system’s national currencies, as in the case of the eurozone itself. In monetary history this debate has often been focussed on previous systems having these features, and in particular on the working of the gold standard: on whether its members pursued, in fact and to what extent, symmetric policies to preserve the system’s stability. In this paper the authors briefly survey the features of international monetary systems that have in common symmetry as a balancing factor, and then explore the meaning and consequences of asymmetric monetary policies under the gold standard. They offer a new measure of asymmetry in the running of the gold standard for the biggest five European economies in the pre-WWI period (UK, Italy, France, Germany and Spain) and use this measure to draw policy implications deriving from the gold standard constraints. Did central banks act symmetrically? The results show that the UK was the country which followed most closely the symmetry rule of the game; at the other extreme was Italy. The common pattern of behaviour was an under-issue of currency (minimal, in the case of Britain).
Was policy affected by the observance of the legal conversion ratio, or were there other criteria? Italy, Germany France and Spain seemed to have paid attention to the deviations of the coverage ratio from a (high) safety ratio in order to maintain convertibility. Achieving a safety ratio of 35% seemed to have been taken as a pre-condition to be able to abide by symmetry in the running of the gold standard.
These two chapters, and other work using comparisons with the gold standard, are the bedrock of work on the euro, for the gold standard is the clearest previous example of several countries agreeing to use a common money, and one issued by none of them individually, but rather by all collectively.

1.2 Financing imbalances in a single monetary area. An assessment of Target2

In Chapter 4 Uwe Schollmeyer addresses one of the most contentious issues affecting the eurozone in the last few years, one which has received an increased attention in the financial media and particularly in Germany: the accumulation of TARGET2 (im)balances...