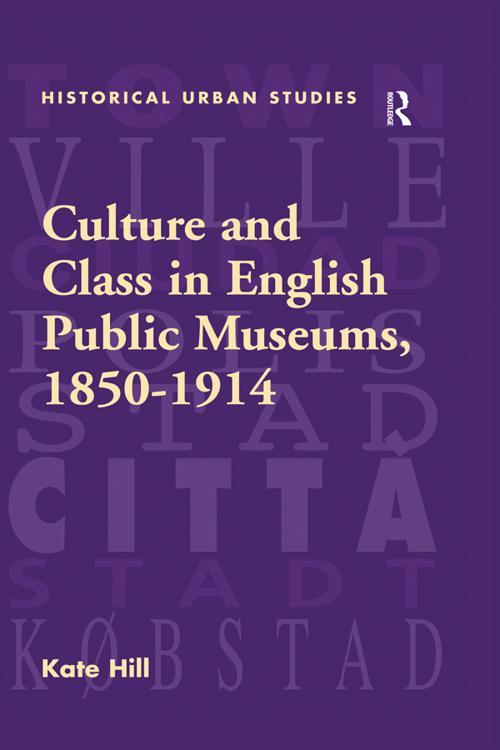 The nineteenth century witnessed a flowering of museums in towns and cities across Britain. As well as providing a focus for collections of artifacts and a place of educational recreation, this work argues that municipal museums had a further, social role. In a situation of rapid urban growth, allied to social and cultural changes on a scale hitherto unknown, it was inevitable that traditional class and social hierarchies would come under enormous pressure. As a result, urban elites began to look to new methods of controlling and defining the urban environment. One such manifestation of this was the growth of the public museum. In earlier centuries museums were the preserve of learned and respectable minority, yet by the end of the nineteenth century one of the principal rationales of museums was the education, or 'improvement', of the working classes. In the control of museums too there was a corresponding shift away from private aristocratic leadership, toward a middle-class civic directorship and a growing professional body of curators. This work is in part a study of the creation of professional authority and autonomy by museum curators. More importantly though, it is about the stablization of middle-class identities by the end of the nineteenth century around new hierarchies of cultural capital. Public museums were an important factor in constructing the identity and authority of certain groups with access to, and control over, them. By examining urban identities through the cultural lens of the municipal museum, we are able to reconsider and better understand the subtleties of nineteenth-century urban society.