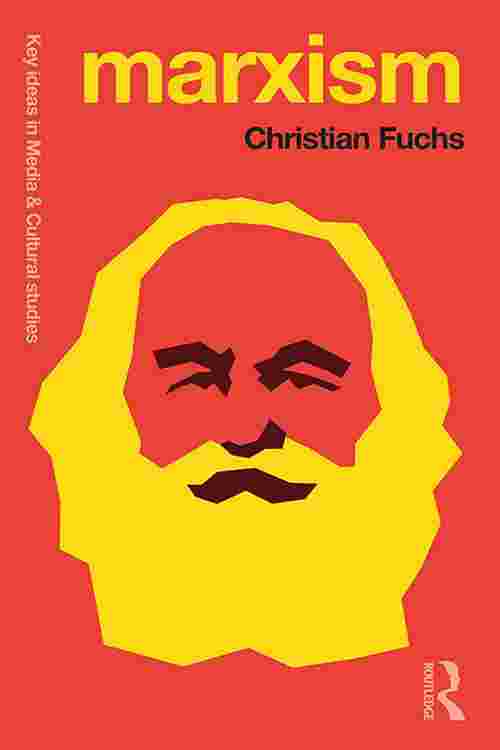 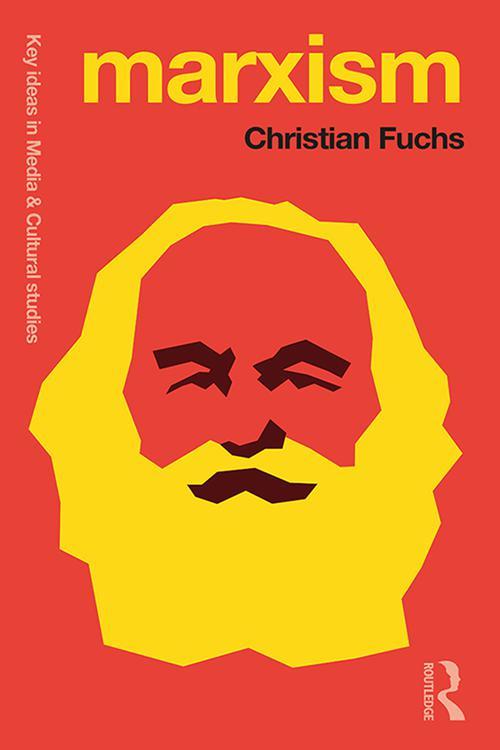 This introductory text is a critical theory toolkit on how to how to make use of Karl Marx's ideas in media, communication, and cultural studies.

Karl Marx's ideas remain of crucial relevance, and in this short, student-friendly book, leading expert Christian Fuchs introduces Marx to the reader by discussing 15 of his key concepts and showing how they matter for understanding the digital and communicative capitalism that shapes human life in twenty-first century society. Key concepts covered include: the dialectic, materialism, commodities, capital, capitalism, labour, surplus-value, the working class, alienation, means of communication, the general intellect, ideology, socialism, communism, and class struggles.

This book is an introductory text that shows how to make use of Karl Marx’s ideas in media, communication and cultural studies. Karl Marx was the key thinker of 19th-century critical theory. He influenced all critical thought that exists today. Marx analysed how capitalism and class society work and what their problems are. Given that we today live in a capitalist society, in which communication technologies have become more important, a fresh look at Marx’s ideas helps us to critically understand the digital and communicative capitalism that shapes human life in 21st-century society.
This book introduces Marx to the reader by discussing 15 of his key concepts and showing how they matter for understanding communication, culture, digital technologies, the Internet, and the media. These key concepts are: the dialectic, materialism, commodities, capital, capitalism, labour, surplus-value, the working class, alienation, means of communication, the general intellect, ideology, socialism, communism, and class struggles. The introduction of these key ideas and their application to the Marxian study of communication is organised into ten chapters:
Each chapter provides key quotes by Karl Marx and discusses Marx’s ideas in the context of communication, culture, and the media. This book is a critical theory toolkit on how to think critically about communication, culture, digital technologies, the Internet, and the media with the help of Karl Marx’s key ideas.
At the end of each chapter, there is a list of recommended readings. I also briefly introduce each reading. For work in the classroom and seminars, I recommend that students first read and discuss my chapters. As a second step, it is feasible that students read the recommended texts. And as a third step of learning, it helps to discuss these texts in small groups of three to four students followed by a plenary discussion.
Most of this work was newly written in 2019. Some paragraphs in chapters of this volume are based on material from my 2015 Routledge book Reading Marx in the Information Age: A Media and Communication Studies Perspective on “Capital Volume 1” that provides a chapter-by-chapter introduction to Marx’s opus magnum Capital.
Quotes from Marx are taken from Marx & Engels Collected Works (abbreviated as MECW), a 50-volume edition of Karl Marx and Friedrich Engels’s works. Some of these writings were originally in English, but most were written in German, which is why this edition contains many translations. For some key books, there are better English translations available than those in MECW. Therefore, quotes from Capital Volume 1, Capital Volume 2, Capital Volume 3 as well as Grundrisse: Foundations of the Critique of Political Economy are taken from the Penguin editions. The sources of quotes are indicated in footnotes. In some cases, I go back to Marx’s original German writings using the Marx Engels Werke (abbreviated as MEW), a 44-volume German edition.

2.2 The Notion of the Dialectic

Georg Wilhelm Friedrich Hegel was a German philosopher who lived from 1770 until 1831. Karl Marx was born in 1818 and was heavily influenced by Hegel’s philosophy. Marx applied Hegel’s ideas to the analysis of capitalism and as an intellectual tool of critique in struggles for a communist society, where humans control the economy and the political system in common. Because they had left-wing political goals, some followers of Hegel, including Marx and Ludwig Feuerbach (1804–1872), were called Left Hegelians.
Hegel’s most important concept is the dialectic. In his book The Encyclopaedia Logic,1 Hegel gives a systematic overview of the foundations of dialectical philosophy. By the dialectic he means that the world is contradictory: Phenomena are not isolated, but stand in contradiction to each other. Hegel also says that they “negate” each other or that two contradictory phenomena attract and repulse each other.
The dialectic involves several dimensions:
An example of the dialectic is the relationship of the individual and groups: No human being can live alone. If we were completely isolated, we would not be able to survive and would either die from lonesomeness and depression or from not mastering complexities of life such as organising food and shelter, etc. Each individual depends on other individuals, such as friends and family members. But each individual is also a separate human being with its own identity. Humans depend on and are different from each other. The dialectical contradiction of humanity is one between individuals that form groups. The individual is part of the group, the group consists of individuals. Each individual is more than the sum of the groups it belongs to. Each group is more than the sum of its individuals. The dialectic of humanity means that humans live in and through social relations. But such relations are not fixed. From time to time, they are sublated, which means that old relations and groups vanish and new ones emerge. An example is that a child is born, which creates a new relation between the family members and the child.

Karl Marx employs a materialist interpretation of Hegel’s dialectical method for the analysis of capitalism. Dialectical analysis identifies and studies how contradictions between two dimensions of reality work, how two phenomena are identical and different at the same time, how they exclude and require each other mutually, how such contradictions result in crisis and struggles, and how contradictions are sublated, and so give rise to new systems. According to Marx, the dialectic
includes in its positive understanding of what exists a simultaneous recognition of its negation, its inevitable destruction; because it regards every historically developed form as being in a fluid state, in motion, and therefore grasps its transient aspects as well; and because it does not let itself be impressed by anything, being in its very essence critical and revolutionary.3
The dialectic has for Marx an objective-structural dimension and an aspect of subjective agency/class struggle. Marx identifies structural contradictions of capitalism, capitalism’s objectivity, that result in crisis: “The fact that the movement of capitalist society is full of contradictions impresses itself most strikingly on the practical bourgeois in the changes of the periodic cycle through which modern industry passes, the summit of which is the general crisis”.4 For Marx, crises of capitalism and class struggle are two important dialectical phenomena of the class society we live in. Crises are an expression of capitalism’s objective dialectic. Class struggles are manifestations of capitalism’s subjective dialectic or what Marx also terms praxis, being the collective action of humans that is directed against exploitation and domination.
The dialectic’s subjective side has for Marx to do with class struggles that question capitalist interests. He points out that his work is not just an analysis of how capitalism works and of its objective contradictions, but also a revolutionary theory that sides with the interests of the working class and wants to provide intellectual means of class struggle against capitalism: “In so far as such a critique represents a class, it can only represent the class whose historical task is the overthrow of the capitalist mode of production and the final abolition of all classes – the proletariat”.5
For Marx, the dialectic of capitalism is one between the ruling capitalist class that owns capital and the means of production, and the working class that does not own significant wealth. The working class is compelled to work for the capitalist class and produce goods that the latter owns. If its members do not work, then they will starve. The class antagonism is one between the wealth of the ruling class and the poverty of the exploited class. Marx formulates this dialectic of capitalists’ ownership of capital and workers’ non-ownership most powerfully in his work Grundrisse as the concept of the working class’ poverty:
Separation of property from labour appears as the necessary law of this exchange between capital and labour. Labour posited as not-capital as such is: (1) not-objectified labour [nicht-vergegenständlichte Arbeit], conceived negatively (itself still objective; the not-ob...