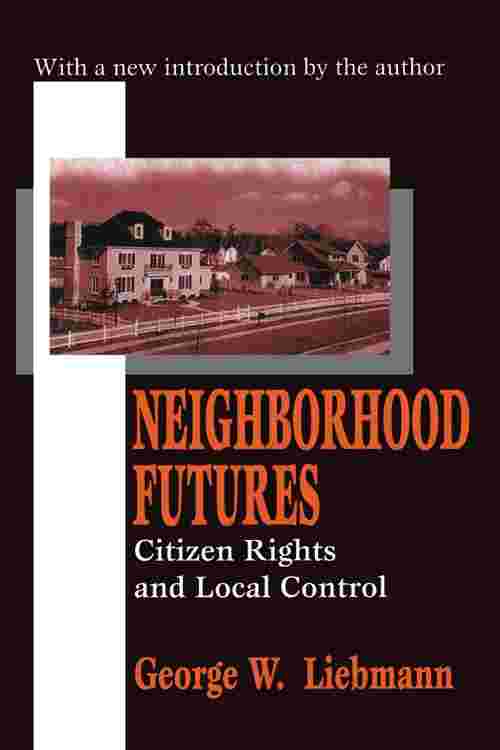 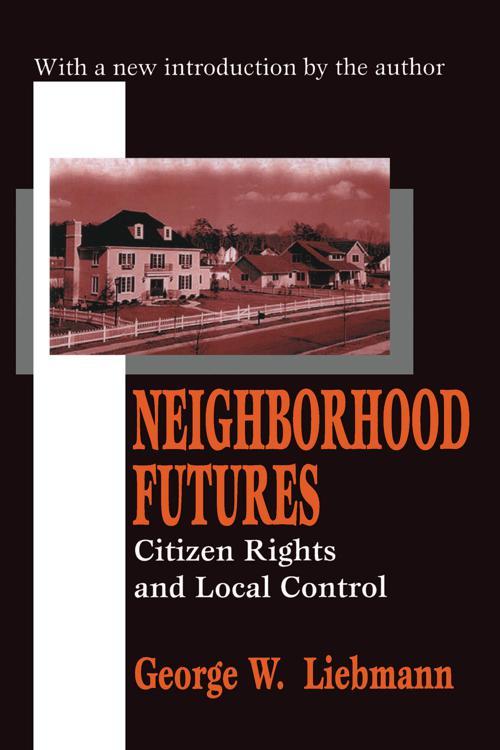 Two conflicting developments have recently characterized civic life in the United States. The first, the centralization of formal agencies of government, too often leads to diminishing political liberties and tyranny. The second, which is characterized by a greater amount of civic participation and individual self-actualization, is the formation of a whole new layer of sublocal institutions, both public and private. These include residential community and condominium associations; property owner-based business improvement districts in nearly all major cities; neighborhood improvement districts in large cities; and even self-governing public schools. Neighborhood Futures is a realistic exploration of how, for a society to move forward and improve, its citizens must exercise the power to act creatively, and feel they are both competent and responsible individuals. Supporting his ideas with the Dutch innovation of the woonerf, or neighborhood street government, Liebmann follows through by discussing other foreign models of civic life forms and illustrating how they have resulted in resident satisfaction. George W. Liebmann is a partner of Liebmann & Shively, P.A., a Baltimore law firm that specializes in local government and education law. In addition to having served as a top aide to one of Maryland's governors, he is a former faculty associate of the Lincoln Institute of Land Policy, and is the author of Little Platoons and The Gallows in the Grove.