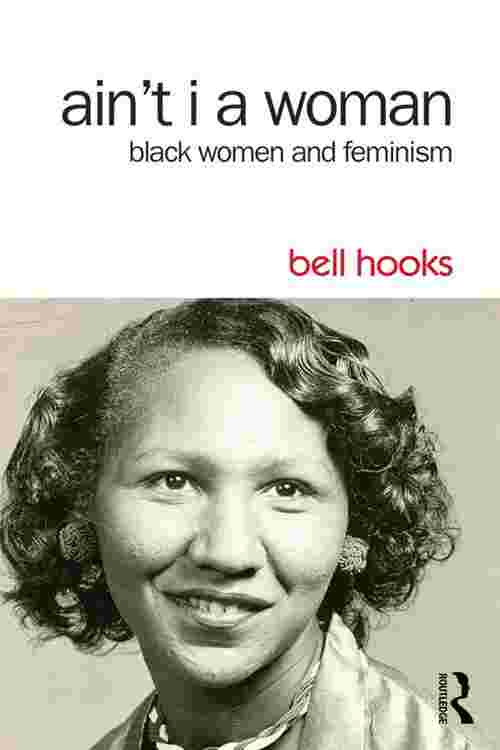 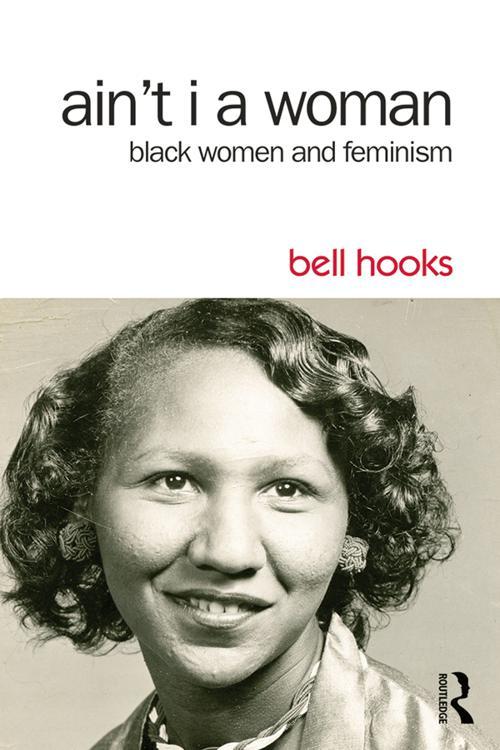 A classic work of feminist scholarship, Ain't I a Woman has become a must-read for all those interested in the nature of black womanhood. Examining the impact of sexism on black women during slavery, the devaluation of black womanhood, black male sexism, racism among feminists, and the black woman's involvement with feminism, hooks attempts to move us beyond racist and sexist assumptions. The result is nothing short of groundbreaking, giving this book a critical place on every feminist scholar's bookshelf.

Publisher
Routledge
Year
2014
ISBN
9781317588603
Topic
Social Sciences
Subtopic
Feminism & Feminist Theory
Edition
2
In a retrospective examination of the black female slave experience, sexism looms as large as racism as an oppressive force in the lives of black women. Institutionalized sexism— that is, patriarchy—formed the base of the American social structure along with racial imperialism. Sexism was an integral part of the social and political order white colonizers brought with them from their European homelands, and it was to have a grave impact on the fate of enslaved black women. In its earliest stages, the slave trade focused primarily on the importation of laborers; the emphasis at that time was on the black male. The black female slave was not as valued as the black male slave. On the average, it cost more money to buy a male slave than a female slave. The scarcity of workers coupled with the relatively few numbers of black women in American colonies caused some white male planters to encourage, persuade, and coerce immigrant white females to engage in sexual relationships with black male slaves as a means of producing new workers. In Maryland, in the year 1664, the first anti-amalgamation law was passed; it was aimed at curtailing sexual relationships between white women and enslaved black men. One part of the preamble of this document stated:

That whatsoever freeborn woman shall intermarry with any slave, from and after the last day of the present assembly, shall serve the masters of such slaves during the life of her husband; and that all the issue of such free born women, so married shall be slaves as their fathers were.

The most celebrated case of this time was that of Irish Nell, an indentured servant sold by Lord Baltimore to a southern planter who encouraged her to marry a black man named Butler. Lord Baltimore, on hearing of the fate of Irish Nell, was so appalled that white women were either by choice or coercion co-habiting sexually with black male slaves that he had the law repealed. The new law stated that the offspring of relationships between white women and black men would be free. As efforts on the part of outraged white men to curtail inter-racial relationships between black men and white women succeeded, the black female slave acquired a new status. Planters recognized the economic gain they could amass by breeding black slave women. The virulent attacks on slave importation also led to more emphasis on slave breeding. Unlike the offspring of relationships between black men and white women, the off-spring of any black slave woman regardless of the race of her mate would be legally slaves, and therefore the property of the owner to whom the female slave belonged. As the market value of the black female slave increased, larger numbers were stolen or purchased by white slave traders.
White male observers of African culture in the 18th and 19th centuries were astounded and impressed by the African male’s subjugation of the African female. They were not accustomed to a patriarchal social order that demanded not only that women accept an inferior status, but that they participate actively in the community labor force. Amanda Berry Smith, a 19th century black missionary, visited African communities and reported on the condition of African women:

The poor women of Africa, like those of India, have a hard time. As a rule, they have all the hard work to do. They have to cut and carry all the wood, carry all the water on their heads, and plant all the rice. The men and boys cut and burn the bush, with the help of the women; but sowing the rice, and planting the cassava, the women have to do.
You will often see a great, big man walking ahead with nothing in his hand but a cutlass (as they always carry that or a spear), and a woman, his wife, coming on behind with a great big child on her back, and a load on her head.
No matter how tired she is, her lord would not think of bringing her a jar of water, to cook his supper with, or of beating the rice, no, she must do that.