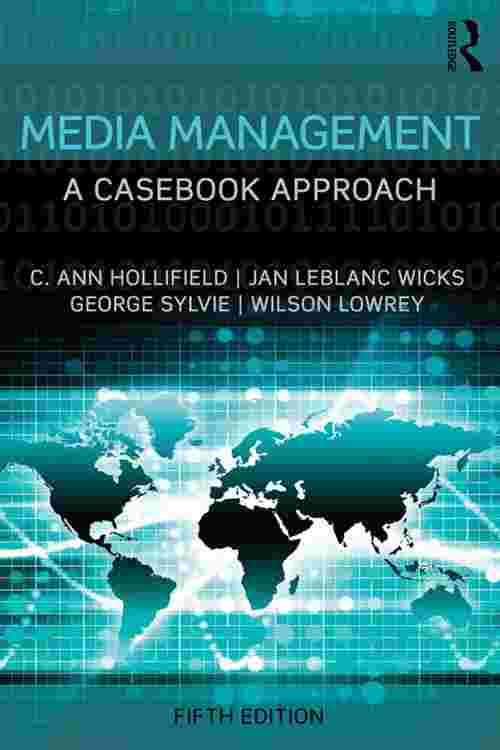 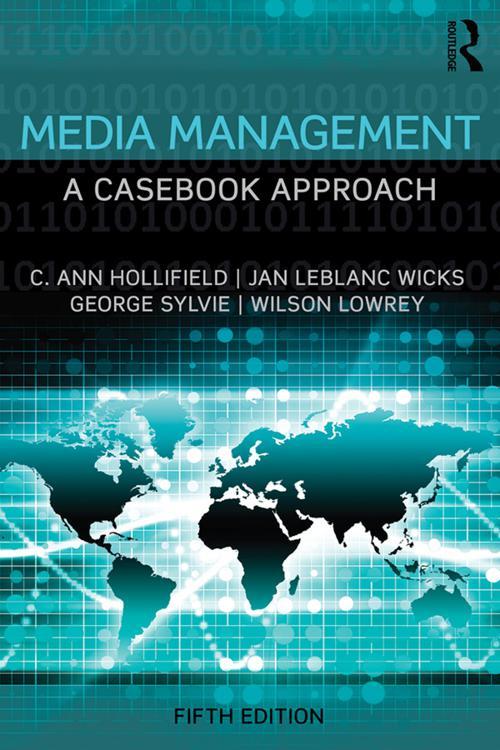 Accounting for major changes in the media landscape that have affected every media industry, this Fifth Edition actively engages these changes in both discussion and cases. The text considers the need for managers to constantly adapt, obtain quality information, and be entrepreneurial and flexible in the face of new situations and technologies that cannot be predicted and change rapidly in national and international settings.

As a resource for students and young professionals working in media industries, Media Management offers essential insights and guidance for succeeding in contemporary media management roles.

What defines a great leader? Why are some people great leaders and others not? Are leadership and management the same thing? Why are some people excellent leaders at one point in time or in one situation, but complete failures as leaders at other times? Are leaders born, or can they be made? What does “leadership” mean if one is an entrepreneur or working freelance?
These are just some of the many questions about leadership that historians, political scientists, psychologists, and, of course, management experts have wrestled with for centuries. Leadership remains one of the continuing mysteries of human experience. All of us have observed leaders throughout our lives, whether the leaders were our parents, teachers, the class president, our boss, or any one of the dozens of other leaders and leadership situations we encounter daily. But despite the fact that examples of leadership are all around us, there is still much about it that we don’t understand. Nevertheless, in this chapter, we will explore what we do know about leadership and, more importantly, how we can use that knowledge in today’s media management. Probably at no time in the history of the modern media industry has leadership been more important than now.
Over the past quarter century, a combination of technological and market forces has completely disrupted media industries. Today, media executives face the need to reinvent almost every aspect of their businesses: media business models, production processes, distribution channels, audience measurement methods, demand forecasting, and human resource management. Equally importantly, changes in traditional media industries have opened new opportunities for entrepreneurs and shifted many media and journalism jobs from staff positions with established media companies to freelance and contract positions. Entrepreneurs and independent contractors are, by definition, both leaders and managers. After all, they have no one but themselves to turn to for the vision, organizational skills, strategic thinking, and discipline that separate success from failure in a highly competitive, rapidly changing market.
In short, then, the time for strong and visionary leadership in media industries is right now, and the most important leader in your media career must be you.

The Foundations of Leadership

Management is doing things right; leadership is doing the right things. —
–Peter Drucker (2001)
My job is not to be easy on people. My jobs is to take these great people we have and to push them and make them even better.
—Steve Jobs (quoted in Morris, 2008)
As we look ahead into the next century, leaders will be those who empower others.
—Bill Gates (quoted in Kruse, 2012)

Leadership experts argue that successful leadership depends on combining the style and skills of the leader, the styles and skills of the followers, and the specific conditions of the situation the group is addressing (Fiedler, 1967; Hersey & Blanchard, 1969; House & Dessler, 1974; Hughes et al., 1999). In other words, even the most gifted leaders will fail miserably if their traits and styles do not match their followers’ or the circumstances. On the other hand, even the most unlikely leaders may succeed if they develop their leadership skills and understand their followers and the situation.
Leadership style refers to the way a leader works with subordinates and superiors, including how much autonomy subordinates have, how much emphasis is placed on subordinates’ personal goals and development, and whether the leader makes accomplishment of the task more important than maintenance of collegial relationships. Most leadership theories argue that there is no “best” style of leadership, despite what you may have heard or read about the importance of humanistic and transformational leadership. In reality, successful leadership requires leaders to respond to their followers and the situation.
There are different ways of looking at leadership styles. Some experts have focused on how organizational structures and working conditions create an organizational leadership style, and others have examined the personal leadership style of individual leaders.

Theories X, Y, and Z comprise one of the more common frameworks for understanding differences in leadership styles and explain the connection between organizational structure, culture, and leadership.
Theory X refers to a top-down, authoritarian style in which supervisors command and subordinates obey (McGregor, 1960, 2006). Theory X leadership typically exists in highly structured, hierarchical organizations where members’ status derives from their job title, and lines of authority are clear. Subordinates may have some input in Theory X environments, but when a decision is made, compliance is expected. The military is the most obvious example of this style; other examples include police and fire departments and airline and ship crews. These types of organizations use Theory X because it is most effective when people work in changeable, potentially dangerous, or extremely time-pressured conditions. For those reasons, news organizations often exhibit elements of Theory X leadership style.
Experts often describe Theory Y leadership as a “humanistic” or “human-needs-oriented” style (McGregor, 1960, 2006). Theory Y leaders strive to create harmony between the organization’s and employees’ goals. Generally found in more decentralized, horizontally structured organizations, Theory Y leaders give workers some power and autonomy. The approach assumes most people are self-motivated and produce better results if they control their own work and if the work fits with the employee’s personal goals and values. Media workplaces also widely use Theory Y, particularly in the creative industries and new media.
Theory Z leadership (Ouchi, 1981), often referred to as “Japanese-Style Management,” first attracted attention in the 1980s when Japanese companies became major global competitors to U.S. and European industries. Theory Z combines elements of X and Y. Theory Z organizations tend to be hierarchically structured, with the expectation that employees at the hierarchy’s bottom will be consulted by senior management on issues within those employees’ expertise. In return, workers take personal responsibility for the quality of the product and the success of the organization.
Theory Z management requires a high level of trust, loyalty, and mutual respect across all levels of the company. It works well in organizations where managers and employees expect workers to stay with the company for most, or all, of their careers. In today’s competitive economy where employment security has eroded and many companies, particularly in the media industry, are replacing employees with contract workers, Theory Z leadership is becoming harder to find—even in Japan.
For those who might wonder why these approaches to leadership are called Theories X, Y, and Z, the terms don’t have any special significance. The author of Theory X and Theory Y designated them as such simply to “avoid the complications introduced by a label” (McGregor, 1957, as cited in McGregor, 1960, 2006, p. 341). Theory Z, which came later, was so named by its author (Ouchi, 1981) because it built on McGregor’s earlier work.
Other aspects of organizational structures such as centralization, unity of command, span of control, division of labor, and departmentalization also affect a leader’s style and effectiveness (Hughes et al., 1999). Centralization refers to the number of people in the organization who control power or, said another way, the degree to which power is shared in the organization (Andrews, Boyne, Law, & Walker, 2009). Highly centralized organizations tend to be more authoritarian or Theory X, while decentralized organizations tend to be more participative. Unity of command refers to how clearly the lines in the chain of command are drawn. Historically, organizational theorists argued that clear chains of command that had each employee reporting to one, and only one, supervisor were associated with better firm performance and more satisfied employees (Rizzo, House, & Lirtzman, 1970). In media organizations, however, authority often is very diffuse. Journalists may work with several different editors on a story, while in entertainment media, creative teams often are responsible for production. In entrepreneurial organizations and settings where new products are being developed, authority usually is highly decentralized.
Span of control refers to the number of people and projects managers supervise (Ouchi & Dowling, 1974). A wider span of control makes it more difficult to keep track of individuals and details. Widespread consolidation in local media since the 1990s has meant that many broadcast managers and newspaper publi...